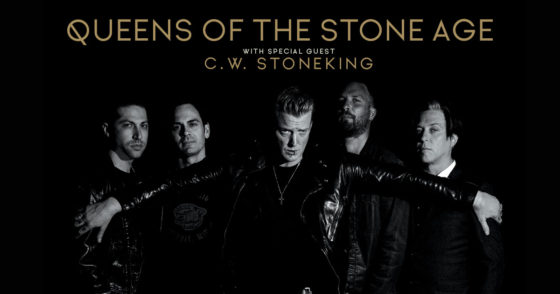 Australia, you can’t get enough. Queens Of The Stone Age – “the greatest rock band alive” say triple j – bring their Villains World Tour to Australia and New Zealand this August/September.

To meet overwhelming demand, Frontier Touring is thrilled to announce that Queens Of The Stone Age will perform second and final shows in both Sydney and Melbourne, with the first Sydney show sold out.

Tickets for both of the new shows will go on sale at 12noon AEST on Wednesday 9 May, with a Frontier Members pre-sale beginning tomorrow (Tuesday 8 May) – see frontiertouring.com/QOTSA for all the details.

The self-described “shed-rock” QLD punk outfit have performed alongside Cosmic Psychos, Boing Boing and DZ Deathrays, but the Villains tour promises to be their biggest shows to date. ‘Probably the most Australian thing since Neighbours,’ reckons UK site Clash; with 2 million+ views of instant classic/Centrelink-inspired ‘Smoko’, the power of The Chats cannot be denied! We agree with one fan of the track: ‘MAKE THIS THE NATIONAL ANTHEM.’

QOTSA, C.W. Stoneking and The Chats? This is one epic line-up you must not miss! With tickets to all shows currently in hot demand, get in quick to avoid missing out!

QUEENS OF THE STONE AGE
AUSTRALIA & NEW ZEALAND TOUR
AUGUST & SEPTEMBER 2018
Presented by
Frontier Touring, The Rock (NZ) and Under The Radar (NZ)