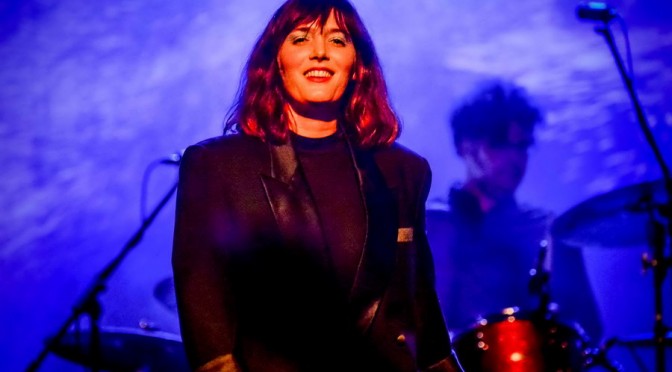 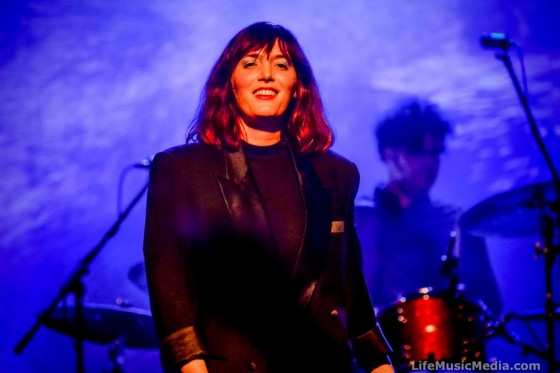 The iconic Enmore Theatre played host to the beauty and very talented Sarah Blasko on Friday night. Taking in her hometown of Sydney as part of her international Eternal Return tour the audience was treated to a seventeen song set featuring new and old hits.

Dressed in a retro suit top and pants Blasko oozed class as she graciously took the audience on a tour of her 5 solo albums. Backing Blasko was a 5 piece outfit including up to 3 members on keyboards and synthesizer, giving the gig an almost 80’s feel.

Opening the night with ‘I Am Ready’ from her most recent release, Blasko held the audience in the palm of her hand. At times be it modestly she enjoyed the whistling, the “I love you’s” and even a solo request for her to dance which she promptly replied “ I am trying” smiling to her adoring crowd.

Trying to describe Blasko’s music style would be at best dangerous, yes she is quirky with an obvious indie twist. Listening to her latest offering live on the stage her song writing and presence is also very much mood dependent. The latest tracks are up tempo and dare I say happy. Overall Blasko is as awesome as ever, its great to see her back on the road.

Supporting Blasko on this bill was Jack Cowell, singing songs from his ‘EP Only When Flooded Could I Let Go’.
This multi talented instrumentalist is someone to look out for in the future.

Songlist
I am ready, Better with you, I’d be lost, Maybe this time, Beyond, All I want, We won’t run, No turning back, Here, Cast the net, Always worth it, Only one, Say what you want, Without, I wanna be your man, Luxurious, I awake