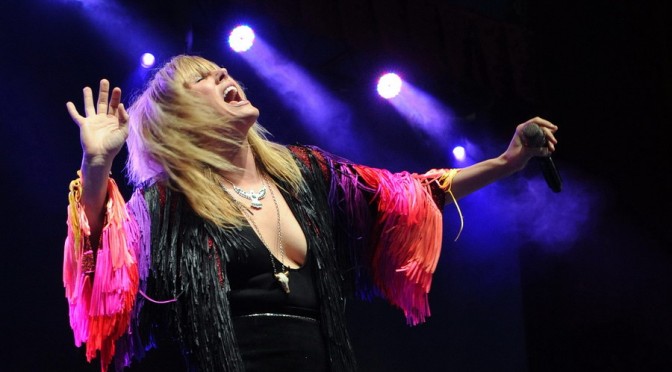 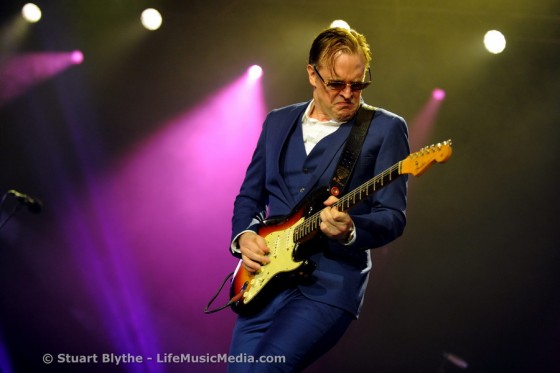 Day three was all about soaking up epic saxophonist Kamasi Washington with his band from Los Angeles during their last Australian show for 2016. To see a jazz/funk band of this quality and diversity in Australia is a real treat and must be embraced if you like this genre. Each incredible musician on tour with Kamasi was given plenty of stage time to showcase their unique contribution and own original material with respectful introductions from Kamasi explaining how they met. It was a real neighbourhood affair with childhood friends and Kamasi’s father all on stage. Some have been friends before they had even picked up an instrument. The arrangements were intricate, full of detail, embracing difficult time signatures, highlighting the fine pedigree of these musicians who mix with jazz royalty back in their homeland.

Following on from Kamasi Washington wasn’t going to be easy but Melbourne based band Hiatus Kaiyote are so original it was no problem for them. Singer and guitarist Naomi “Nai Palm Saalfield had the audience captured with her unique vocals and quirky style. Powerful base grooves, strong vocals and intelligent use of synthesizers made for really interesting listening. This was the self described ‘future soul’ band’s Bluesfest debut. Judging from the crowds response I am sure they will be asked to return. Their live version of Breathing Underwater was just beautiful.

Jeff Martin (The Tea Party) started off on his own with only a 12 string guitar and his voice, which was enough to rival and surpass the raging storm and downpour outside. Creating a huge atmospheric sound of guitar harmonics Jeff provided an awesome soundtrack to the traditional easter opening of the sky that had finally arrived. Later joined by drummer Mick Skelton from The Baby Animals, they together played a powerful set that can be experienced again today if you get in early for 12:45 at the Mojo.

Just a brief glimpse of Vintage Trouble earlier in the day before the rain set in was so enticing they are on my list for Monday 7pm at the Crossroads.

Extra helpings of road base spread around the site have reduced the mud significantly since last year tho’ there will still be a few lost thongs in the mud along with broken umbrellas and discarded plastic rain ponchos floating around only to be quickly cleaned up by one of the many dedicated volunteers who keep the place clean for patrons to enjoy. Behind the scenes there are many people working long hours to create this magical event for music lovers to enjoy. Thank you to all the people dedicated to making this event so wonderful.