Joined on stage by Kerry Jacobson, Zoe Hauptmann, Leanne Paris and Mike Duchesne these talented musicians complement Moss in every way. Now on his nationwide tour giving audiences a chance to not only hear Matchbook but also new music Moss has released in the last twelve months which is very exciting.

Opening his set with a trio of songs from Matchbook including ‘Matchbook’, ‘Out of the Fire’ and ‘Mr. Rain’. Moss pauses for a brief moment to reflect his last performance at the Palais, that being, the Andrew Durant Memorial concert almost 40 years ago, “it’s nice to be finally back” Moss confides with an instant connection to the audience.

The Don Walker penned ‘Such a Beautiful Thing’ follows bringing a cheer from the house, ‘Pretty Face’ completes a quintet from Matchbook. Cheers and noise from the crowd places pressure on Moss to go back to his roots, which he willingly delivers, going way back to Cold Chisel’s first album and playing ‘One Long Day’ to loud applause and appreciation. Moss engages in some brief banter with the audience including confessing that he had to finally …“get up off his arse and record some new music”. This provided a great segue into his new album creatively entitled “Ian Moss” referring the need to self-title an album in case he has been forgotten, we all know this is hardly likely. A trio of songs from the new album followed including, ‘If Another Day (Love Rewards its Own) ’, ‘Hold On (To What We Got) ’ and the Steve Prestwich penned ‘My Suffering ’. The expected hits close out the set including ‘Never Before’, ‘Telephone Booth’, and ‘Tucker’s Daughter’. Like most Moss songs on the set list it’s an opportunity to showcase his guitar expertise which is as tight as ever. The crowd extended Tucker’s Daughter way beyond its finish time and ‘Build me up just to tear me down’ could be heard from just about everyone’s mouth in the theatre.

Two encores followed including ‘Broadway’ from the new album, ‘My Baby’. As second request for an encore was met with enthusiasm including a majestic rendition of the ageless classic ‘Georgia (On My Mind)’ featuring the vocals of band member Mike Duchesne, ‘Choir Girl’ complete with the entire Palais Theatre Choir before ‘Bow River’ closed out the night.

A huge shout out to support act Mark Wilkinson who stood up and made the crowd take notice.

Overall a brilliant night, at 64 years of age and on the verge of yet another Cold Chisel tour Moss has lost nothing, with a few dates left across the country catch this great artist while you have a chance.

Setlist
Matchbook, Out of the Fire, Mr Rain, Such a Beautiful Thing, Pretty Face, One Long Day (Cold Chisel Song), if Another Day (Love Rewards its Own), My Suffering, Hold On (To What We Got), Never Before (Cold Chisel Song), Telephone Booth, Tucker’s Daughter 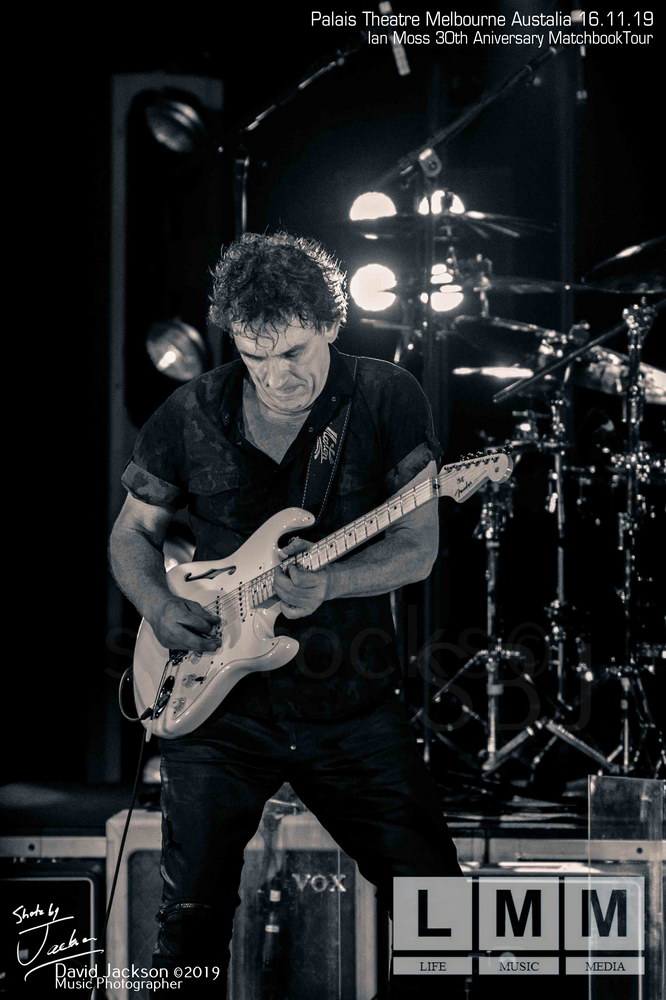