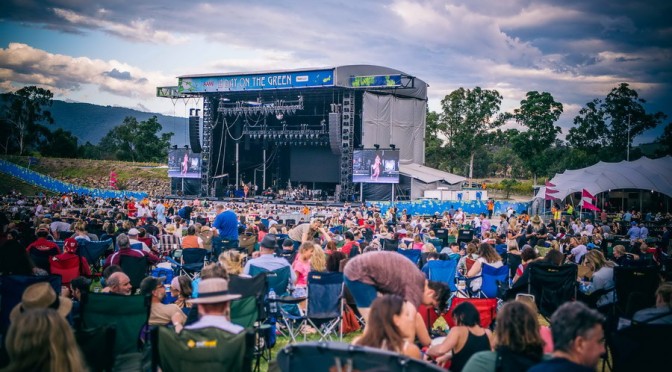 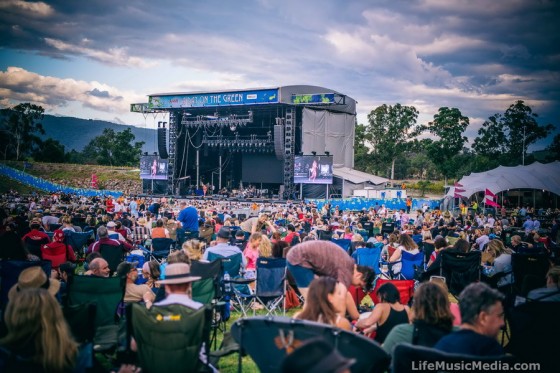 A Day on the Green at the picturesque Rochford Wines at Yarra Valley in Victoria promised so much and delivered even more. Joining forces for the first time in Australia were Debbie Harry AKA Blondie and Cyndi Lauper. The tour aptly touted “The bitches are coming back” pitted two veterans of modern music on some of the country’s biggest stages.

The day started sunny then out of nowhere Victoria got its fair share of the bizarre weather the rest of the country has been experiencing in recent weeks. Black skies, pouring rain, thunder and an electrical storm. Do you think these things would phase the 5000 plus crowd? Not for a second. Fans danced in the rain, laughed and had an even better time. You could argue wine played its part but an additional 20 minute delay to watch the lightning go by added to the adventure.

A delay getting into the venue saw me arrive just in time for Montaigne. Watching her for the first time live was memorable. The crowd, divided between the fans and the unfamiliar, sat and listened to this unique artist. Montaigne’s stage presence was being discussed long after she departed the stage. This lady is classy, individual and above all talented, qualities I am sure, led her to winning a few extra fans.

Next up was 90’s band The Clouds, a welcome addition to the line-up. Having seen them live many years ago I was keen to see how the Clouds of 2017 compared to my previous encounters. The onstage vocals which were shared between Jodi Phillis and Trish Young appealed to the diehard fans, however for the majority of the crowd, the black clouds above were gaining more attention as the rain began to bucket down.

Following an extended break due to electrical storms, Blondie hit the stage with venom. ‘One Way or Another’ went over a treat with the manicured grass now a mud pile. Harry moved around the stage. Her obvious perception of how the world is at the moment was written all over her shirt.  “Stop Fucking The Planet” matched perfectly with some sort of bee head-dress all clung together with a peroxided blonde wig. At 71 Harry has a very impressive back catalogue. Did we get to hear them all? No. The set for some reason comprised predominantly of the bands last two albums “Ghosts of Download” and “Pollinator”. Reflecting on “Pollinator”, Harry told the crowd “because we all have to save the bees”.. The audience got a sample taste from the past with the hit ‘In the flesh’ reflecting and thanking Australia for making it a hit over 40 years ago.

‘Call me’ was also a memorable moment. Founding Blondie member Chris Stein stood firm and it was great to see the originals from the mid 70’s still enjoying themselves after all these years together. For me ‘Rapture’ was the highlight of the set even out trumping a first class cover of the Beastie Boys ‘Fight For Your Right’, and of course the closer ‘Heart of Glass’.

At 63 Cyndi Lauper is no stranger to Australian shores having visited here a number of times. Appearing on stage in black leather, matching hat and pink hair, the lady commands presence. Starting her set ‘Funnel of Love’ made famous in another time by Wanda Jackson, Lauper is the complete package accompanied by a six-piece backing band. All the hits were on offer including ‘Drove All Night’ and my personal favourite ‘Money Changes Everything’ which produced an immediate response from the soaked crowd. Lauper took every opportunity to engage with the crowd reflecting on life experiences, especially with her grandmother. As a fan you can’t help but love her pure New York accent. I personally could listen to her all night. ‘Girls just want to have fun’ closed the set.

’Time After Time’ was the encore which was played solo and echoed through the Yarra; something special to remember. You have to admire from pop to blues, country and everything else combined Lauper still has it. Despite the weather I am glad I was there to witness it. 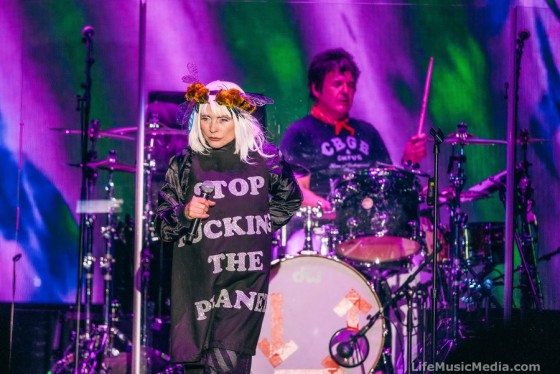 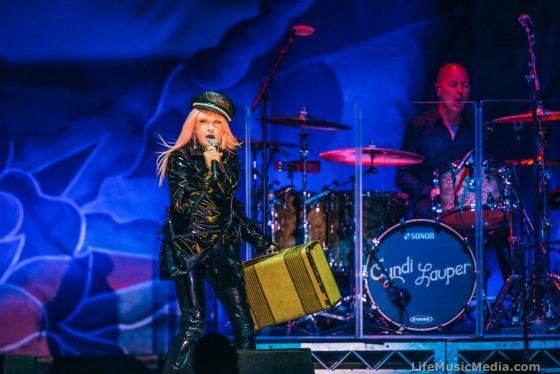