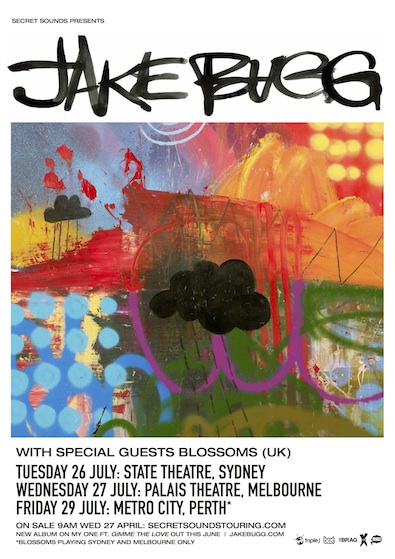 Jake Bugg’s remarkable ascent began in 2012 when his self-titled debut album entered the UK charts at #1 (aged 18, making him the youngest British male artist ever to do so), going on to sell double platinum and shortlisted for the UK Mercury Music Prize. Success only accelerated Bugg’s creative momentum, releasing a follow-up twelve months later, 2013’s richly textured Shangri La, recorded in Malibu with Rick Rubin. That album returned Bugg to the top five, earning him his second Brits nomination, a landmark show at London’s Royal Albert Hall and a sold-out UK arena tour. After joining Mumford and Sons on their sold-out Gentleman Of the Road show at Sydney’s Domain late last year, the Nottingham local has announced that he is back with album number three On My One, which will be released on June 17th. To make three albums by the age of 21 is no mean feat. To singlehandedly make On My One shape shifting effortlessly from blues to pop, rap to folk and soul to country through great songwriting is nothing short of remarkable.

Joining Jake and making their first trip to Australia will be Stockport five-piece Blossoms, off the back of a massive 2015 knocking off sets at Reading and Leeds, T in the Park, Latitude and Festival No.6. Hotly tipped for 2016 band of the year, the band have been announced as number four on the BBC Sound of 2016 list as well as being included in Spotify’s Spotlight on 2016, MTV Brand New for 2016, iTunes/Apple Music New Artists 2016 and tipped by several other sites and publications for more success in 2016. Blossoms channel their unique pop-rock sound with shimmering synths, crashing drums, a catchy bass line and Tom Ogden’s now unmistakable vocals, their Australian debut is not to be missed!