Located in the forests of North-Eastern Tasmania, A Festival Called PANAMA is a unique music and arts experience to be held over two days on the 8th and 9th of March 2014.

This new festival will feature a select line up of Australian and International bands, with sideshows of hard swinging bebop jazz, vinyl soul club DJs and world-class pop-up cabarets.

To kick of the first of the artist announcements PANAMA is incredibly proud to bring to Tasmania: Charles Bradley, Husky and The Frowning Clouds.

Daptones hero Charles Bradley comes all the way from Brooklyn New York to bring his timeless soul revue to the hills of Tasmania. His new album, ‘Victim of Love’, has been listed as one of the best releases of 2013 by Rolling Stone and he and his band will hit the PANAMA main stage to close the Festival on Sunday March 9th.

Following nearly two years of touring the world, Husky have spent most of 2013 in the hills behind Melbourne creating a new album. Their performance at Panama Festival will see the debut of much of this brand new work. In a very special, one-off show, the band will combine much-loved favourites from their first album, ‘Forever So’, with an exciting preview of what’s to come.

Rounding out this winning trifecta The Frowning Clouds bring note-perfect, fringe-perfect, sixties garage punk from Geelong, Victoria. For a band so young, the feel and musicianship for the inspired 60’s style tunes are belted with incredible precision and depth. Off the wall.

And that’s just the beginning.

Panama is not the new normal. This event cares about music (deeply), great sound, and your viewing & listening pleasure. However, the ethos of this event is grounded – not only in quality live performance – but also in the entirety of an individual’s festival experience. Panama will be a small, intimate event; seeking to showcase its natural surrounds while generating a sense of community, trust, and respect. This event is as much about you as it is about anyone.

Limited Tickets for the foundation event will go on sale on December 1st.

For all ticketing information and further details go to
www.panamafestival.com.au 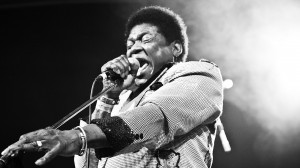