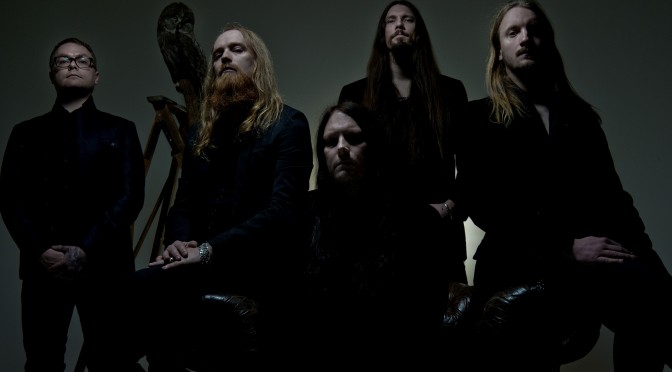 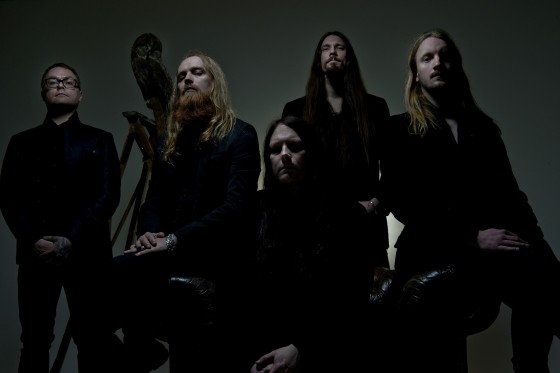 Ahead of their Headline Australian Tour in December, we caught up with JONAS RENKSE of Swedish melodic metal heavy weights KATATONIA for a chat.

‘The Fall of Hearts‘ is your tenth studio album in 25 years. Your style has changed quite a bit over those 10 albums. What influenced the new album and where do you see the band going, musically, on future releases?

We are always influenced, not only by music but also by just being alive, leading the kind of lives we have. Being on tour, seeing response. Movies… anything that strikes a nerve really. Hard to see where we are going next. We are comfortable with our style, we just want to expand it.

As the two main songwriters in the band, do you get together and riff off one another or write in a more separate fashion, bringing more fleshed-out ideas to each other?

We usually write separately, and then show ideas to each other and the rest of the band when there’s something to build upon. We have never been a jamming band.

Do you think the releases between ‘Dead End Kings’ and ‘The Fall…’ (‘Dethroned and Uncrowned’ and ‘Sanctitude’) had an impact on the direction of the new material?

Not a big impact, it was a nice detour but we always knew that the next full lenght would take off where Dead End Kings left us, more or less.

Did the recording process for this record differ from your last? You’ve been self-producing your albums for a while now. What difference do you think that makes to your creative process over your early material?

No, it was the same kind of process… we do the demos and pre-production and we take it to the studio where the recording starts with drums and then take it from there. The self-producing is a deliberate choice, it might change in the future but for now we are really happy with doing this by ourselves.

Katatonia is known for its themes of loss, sadness etc. What draws you back to these themes each time and are there any lyrical highlights for you on this one?

It’s very inspirational, always has been. We are not glorifying it, but it is about fundamental feelings, stuff that people can relate to, and it has been important for me to do the same with the artists that I admire. Lyrical highlights… it’s hard to point out for me, I think it’s easier for others to say.

What did you use to record your guitar parts on this record?

We always use a multitude of stuff for the different guitar sounds on every album. For this one we have used Kemper, but also real amps like Diezel. Some of the guitar fx comes from the gear that we use/have used live and customized, like a BOSS GT-10 for example. It all depends on what we need at any given sound/situation.

Does that differ from your live rig?

We always try to travel light when we are out playing so we mostly use stuff that we can line straight to PA like the BOSS stuff or Axe FX for example.

What do you feel when you look back at the last quarter century? How would you sum up your career so far?

I feel very privileged to be able to do this, very happy to travel the world because of our music, and hear that it is of importance for people out there. Career wise it’s been good, slow and steady, no overnight sensation!

Any particularly embarrassing moments on stage?

It’s been a while now, but at a show in the US I remember a power shortage during the gig that took 40 minutes to solve. Niklas our bass player went out to the bar, bass guitar still on, and ordered a beer, sat down and enjoyed it watching the chaos on stage.

What keeps you motivated after so long?

The creative process, it’s still something I really love. And also getting out there seeing the people that really love our music.

You’re on tour now. What kind of response are you getting from crowds to the new songs? What’s your favourite song in the set list to play live??

Really good! The ones we play seem to go down really well. I especially like to play Old Heart Falls, it’s kind of simple but powerful.

Are you looking forward to coming back to Australia? Do you leave any time for days off to explore and see the sights?

Definitely looking forward! The two times we have been down under before has been exceptional! Unfortunately I don’t think we will have much time to go sightseeing, as we have gigs/flights everyday.

What can fans expect from a Katatonia show?

No stage show, but inner fireworks!

Any plans for a new Bloodbath album in 2017? It must be hard to get everyone in the same place at the same time

No real plans. As you say, everyone in the band is exremely busy with their main bands… time shall tell!