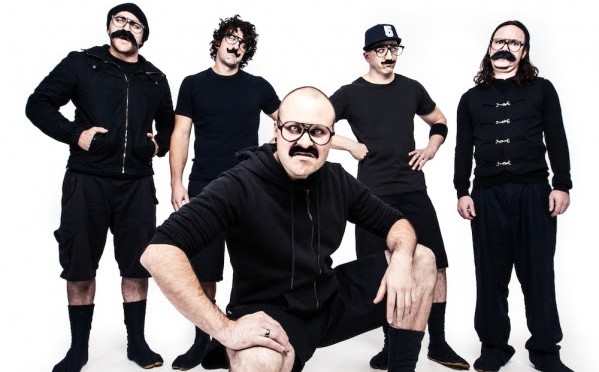 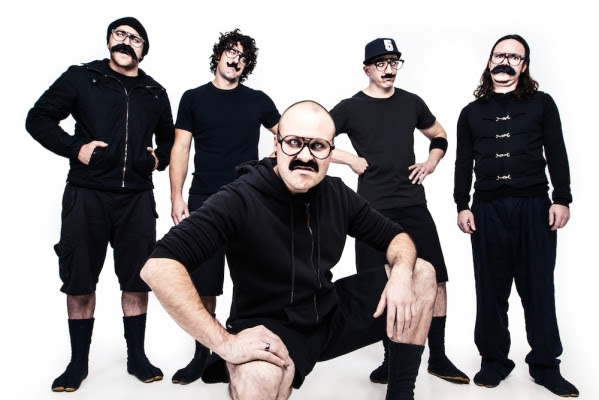 They broke crowd funding records for their latest music video, they’re about to kick off an Australian headline tour, before making their return to the U.S. later this year.

LMM: The Pozible crowd-funding campaign for your new video was an amazing success.  What prompted your decision to use crowd funding and what are your feelings about the campaign success?

Stevic: I think it was predominately the reoccurring requests from fans to “make more videos” meeting the reality of how much videos cost to create (to the standard expected). As an independent band you generally weigh up ‘wants vs needs’ and most likely invest what money you do have into things like touring and recording (because they actually have the potential to provide a financial return). We had the logic that if people want to see high quality videos that cost shitloads and make nothing, then why not collaborate? Fans/supporters contribute financially and we take care of execution (no pun intended). Crowd funding seemed the perfect platform for this arrangement. RE: feelings about the campaign success: good feelings. We hit our targets & confirmed our assumptions.

LMM: Do you think that you’ll use crowd funding again?

Stevic: Yeah I think we will. Those who supported us in the campaign seem very happy with the outcome. We delivered everything we promised and attempted to surprise on the upside whenever possible. I think crowd funding is about creating a win/win situation. Most failures are due to viewing crowd funding like getting “free money” or something – this is a mistake as it’s imperative to offer tangible value.

LMM: You toured in Europe and the U.S last year.  How was that experience and how was the band received?

Stevic: Absolutely exceeded our expectations. The band was received really well I think thanks to the airplay we receive on SiriusXM Liquid Metal (U.S biggest Satellite radio network). Who’d have thought ey? Getting played on the radio actually makes a HUGE difference! But generally speaking, we’ve been getting a fantastic response overseas; our first headline show in the UK sold out three weeks before we got there.

LMM: How does touring internationally differ from local touring?

Stevic: Apart from being able to buy a gun with a tub of yoghurt at the supermarket . . . We travelled around the U.S in a 40 ft band coach and go from town to town, gig to gig. In Oz you just kind of hit capital cities and some regionals because there just isn’t the population to justify more.

LMM: We understand that Twelve Foot Ninja will be back touring in the U.S after your upcoming “Troll Burger” Australian tour.  What’s in store for that tour?

Stevic: Lots of epic festivals with massive bands like Korn, Guns N Roses, Slayer, Mastodon, Motorhead, Five Finger Death Punch, Killswitch Engage, Down and shitloads more. Then a bunch of other shows around the states which will be announced soon.

LMM: The band has also been nominated for a Revolver Mag Golden Gods Awards.  Can you tell us more about this?

Stevic: The Revolver Mag Golden Gods Awards are referred to as America’s “Metal Grammys”. It’s a televised event and has the world’s hard rock and metal luminaries present and performing. We are up for BEST NEW TALENT and people can vote for us as many times as they want by visiting this link: http://bit.ly/VoteTFN we’re the only Aussie band nominated this year which is mental.

LMM: You’re kicking off your Australian “Troll Burger” tour on March 21st in Brisbane.  Is there anything you would like to say to your Australian fans ahead of the tour?

Stevic: We’re bringing out our European buddies “The Algorithm” who recently did the Big Day Out tour. The Algorithm features French producer Rémi Gallego and Monuments drummer, Mike Malyan who come together to create this sort of glitch/djent electronic stuff which is nothing like I’ve heard in Australia. We’ve also got some top quality local supports joining us for an all killer no filler show for the cost of around 10c per minute.

:: Name a band or artist we should checkout ::
Everforthright

:: Favourite Quote ::
“Luck is where the crossroads of opportunity and preparation meet.” – Seneca

:: Three words to describe the year ahead ::
Decisive. Affirmative. Objectives.