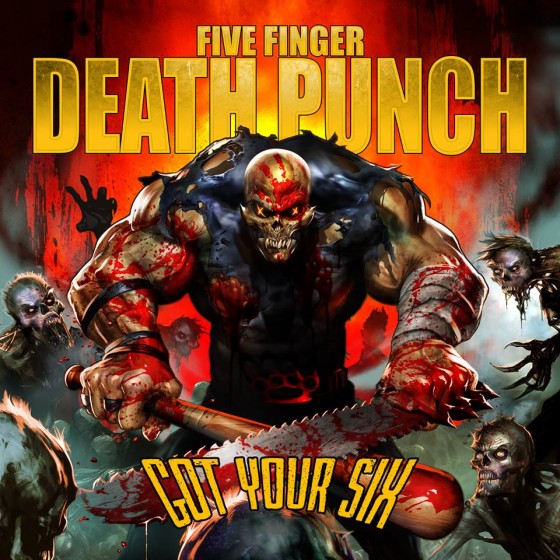 FIVE FINGER DEATH PUNCH have exclusively partnered with VEVO for today’s global premiere of their new video for the current hit single, “Jekyll and Hyde”.

Record label Prospect Park got five finger death punked when they asked the band for a new music video. Says guitarist Zoltan Bathory: “Punking the label and trolling the trolls is actually very satisfying … so either we make a video that makes a difference like “Wrong Side Of Heaven” did or we just fuck it all up and have fun with it… just clown the whole thing as we did with “Under And Over It”… and now with this one.
We didn’t even hire a director … we didn’t want this to accidentally make sense…”

Responds Jeremy Summers, President of Prospect Park Records: “First we were scratching our collective heads but we never once interfered with their vision… so ultimately – if that’s what the band wants to put out we are not going to stop them. We were shocked, then cried, then laughed because it’s actually funny”.

“Jekyll and Hyde” is the first single from 5FDP’s highly-anticipated forthcoming album, GOT YOUR SIX. The song already claimed the #1 spot on the iTunes Rock Chart upon release, debuted on the Spotify viral chart and Shazam future hits chart. It is also quickly approaching the top ten US Rock Radio charts after just two weeks.

GOT YOUR SIX will be released on August 28th via Eleven Seven Music/Sony Music Australia.