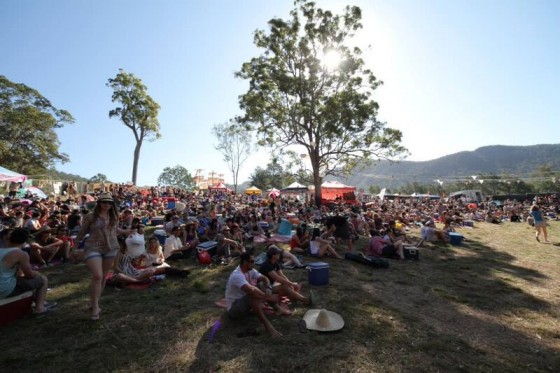 Your annual overnight BYO and camping farm festival jaunt is back and ready to raise the bar even higher in 2015! Boasting not one, but two side-by-side main stages, the Red Deer amphitheatre plays host to the best national, emerging and local bands across a full day and night of good times.

Headlining Red Deer Festival in 2015 are 90s punk-party-starters Frenzal Rhomb and intelligent-synth-pop hero on the rise, Andy Bull and kiwi dub legends Salmonella Dub Soundsystem. Also pumping up the crowd on the alternating Ed Hope and Mucho Bravado Ampitheatre stages will be some of Queensland best local talent including Hey Geronimo, Ayla, Mosman Alder, WAAX and Cheap Fakes. Plus a brand new Jungle Bar chill out space up the hill.

Still boutique, still BYO couches and booze (no glass) and with a super friendly vibe, Red Deer stays true to its aim of creating a rad time for punters before anything else. Thirsty for more? For those who forget to bring a beverage, or just want a little something different, Red Deer will be creating a concoction of specialty jungle themed drinks with alcohol for sale on site for the first time ever at the Jungle Bar thanks to Stolen Rum.

Red Deer wouldn’t be a music and arts festival without some visuals to complement the sounds bellowing up the hill. Creativity is the name of the game and Northside arts company Party Artworks jump on board the Red Deer train once again to host art workshops. Looking for a more hands on experience? This year the festival will host a Flight or Flop frisbee tournament for all the disc champs out there and the plastic will be flying back and forth on during what’s sure to be a hotly contested ping pong.

Sitting on the hill all day and dancing to ones favourite band is hunger inducing to say the least. Red Deer’s variety of quality food and beverage vendors will be bringing out their tastiest treats to feed hoards of revellers once again with a variety of market stalls also on offer for the crafty feind.

Still no ‘i-deer’ why it’s worth going to Red Deer? Let’s get to the rest of the lineup… 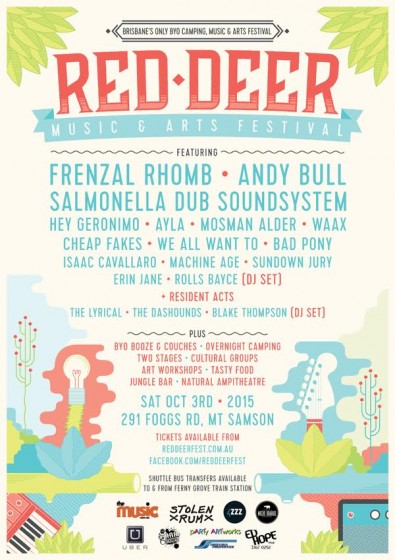