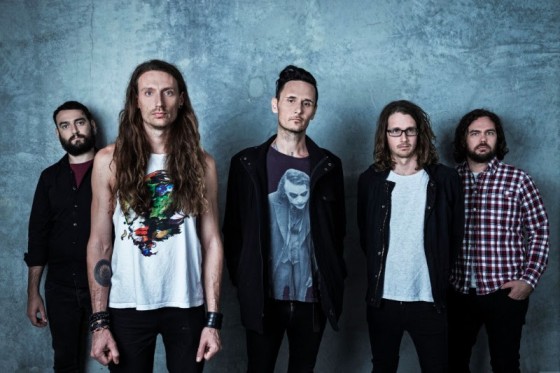 Dead Letter Circus have announced they will be hitting the road this August for a 11-date national tour in support of their brand new single, ‘The Burning Number’. Joining Dead Letter Circus will be Clint Boge (The Butterfly Effect) and Rival Fire.

Dead Letter Circus will donate one dollar from every ticket sold on the Burning Number Tour to the good folk at Sea Shepherd to help fund fuelling vessels used for South Sea missions, feeding the crew and raising awareness for the oceans.

Fans will also be given the opportunity to match Dead Letter Circus’ donation by adding another dollar to their ticket price, which will be sent directly to Sea Shepherd to help their cause.

“It never ceases to amaze me the level of support Sea Shepherd receives from caring, compassionate people like Dead Letter Circus. Without this selfless support, our ships would remain idle at dock and not be able to defend our oceans. Sea Shepherd is delighted to have the support and on board partnership of Dead Letter Circus with a dollar from each ticket sold going straight to our fuel tanks, plus stalls at all their gigs that we encourage all to get along and see.” – Jeff Hansen – Managing Director, Sea Shepherd

Tickets go on sale Thursday 26 May at 9am.

Upon its release, Aesthesis debuted at #2 on the ARIA Chart, scored the coveted triple j Feature Album and an ARIA nomination for best Best Rock Album. For those keen to get an insight behind the creative process of behind one of Australia’s most accomplished and celebrated rock acts can check out the official Aesthesis documentary.

Joining Dead Letter Circus on their lap around Australia will be Clint Boge. Kicking off his career as the frontman of one of Australia’s favourite heavy rock bands, The Butterfly Effect, Boge embarked on a solo career and released his debut album Songs of a Delicate Nature Volume 1 then backed it up with an impressive 36-date national tour in mid-2015.

Melbourne’s Rival Fire may sound menacing, but they want you to feel the emotion threaded through their music. This month, Rival Fire will drop The Riot EP, the precursor to their debut album to be released later in 2016.