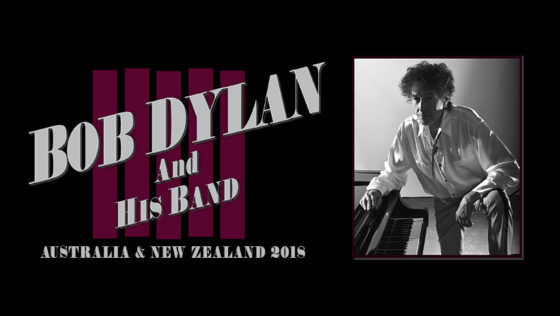 CHUGG ENTERTAINMENT announced today Bob Dylan has just added a second and final Sydney performance to take place at the historic Enmore Theatre on Sunday 19th August. Tickets to this just-added show will go on-sale Monday, 6 August at 9am AEST.

TICKETS FOR NEW SYDNEY SHOW ON SALE MONDAY 6TH AUGUST, 9AM AEST
TICKETS FOR ALL OTHER SHOWS ON SALE NOW

In celebration of the forthcoming shows, Sony Music Entertainment Australia have announced the release of Live 1962 – 1966: Rare Performances From The Copyright Collections out Friday 27th July. The 2CD compilation will feature exceptionally rare performances of previously released tracks.

Bob Dylan’s impact on popular music and culture is immeasurable. The recipient of the 2016 Nobel Prize in Literature, he is responsible for some of the most influential albums of all time, such as The Freewheelin’ Bob Dylan, Highway 61 Revisited, and Blonde on Blonde. During his distinguished career, Bob Dylan has received 10 GRAMMY Awards (including wins for Love And Theft, Modern Times and the Album of the Year GRAMMY for Time Out of Mind), as well as the Academy Award for Best Original Song for ‘Things Have Changed’ in 2002.

For more information go to: