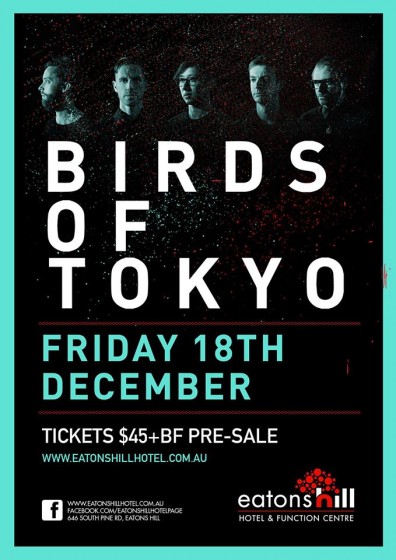 One of Australia’s biggest contemporary rock bands, Birds of Tokyo are set to play one hell of a gig at Eatons Hill Hotel on Friday 18th December 2015.

Birds of Tokyo have been dominating the Australian music scene winning multiple ARIA and APRA awards, co-headlining virtually every important music festival and securing themselves an airplay streak unmatched since Powderfinger.

‘Plans’, ‘Broken Bones’, ‘Wild At Heart’, ‘This Fire’, ‘Lanterns’, ‘Anchor’ and their latest hit single ‘I’d Go With You Anywhere’ are just some of the hits that have worked their way into households across Australia.

Having spent time in America, the boys are happy to be on home soil and Birds of Tokyo Drummer, Adam Weston has said he cannot wait to get the tour started.
“I’m personally super pumped for the band to be playing Eatons Hill for the first time in December. It’s one of Brissy’s premier venues that boasts an excellent live room and I’ve seen some great shows there. It’s actually not far from where I’ve recently moved” says Adam.

With their new album ‘Playlist… A Singles Collection’ dropping November 6th, the guys are excited to release the new compilation album and tour at the same time.

Whether you are a diehard Birds of Tokyo fan or a casual listener, Eatons Hill Hotel is the only place to be Friday 18th December 2015.

Check out our Photo Gallery : Birds of Tokyo + Ecca Vandal at The Metro Theatre, Sydney – June 7, 2015 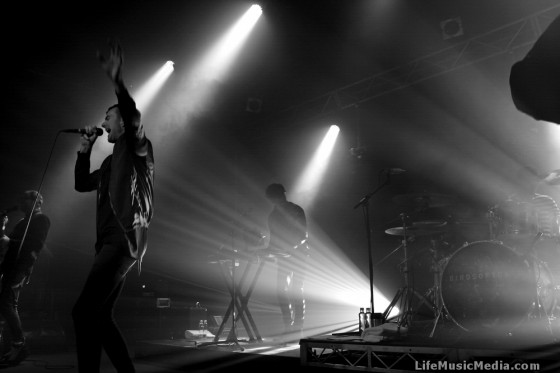