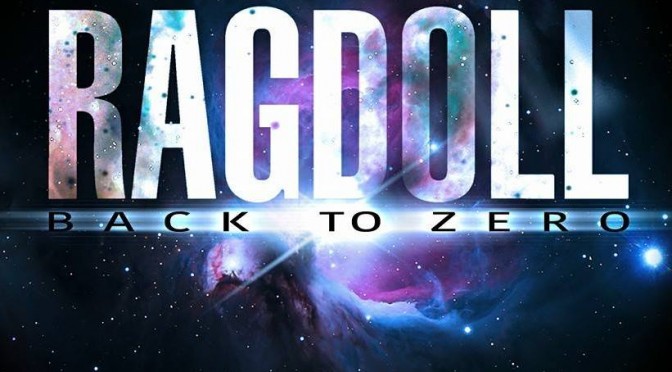 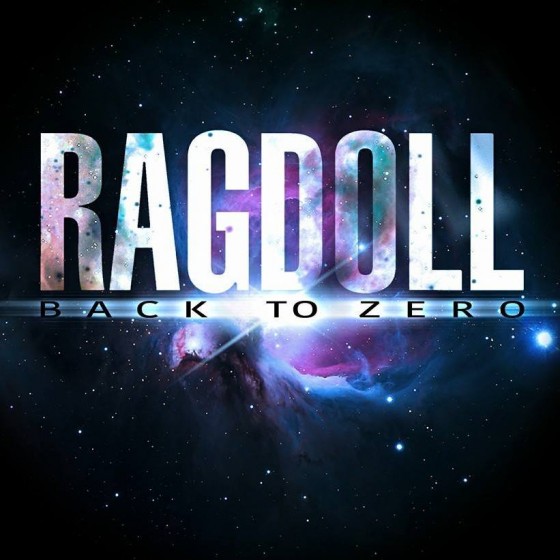 Ragdoll is a three-piece melodic rock band from Perth who has been around for several years, putting out a number of EPs and one full-length collection of remixes and live tracks which received limited exposure in Australia, and even less outside Perth, although they have been regular visitors to the USA touring extensively, and playing the Rocklahoma festival more than once.

The new album, Back To Zero is a real step-up from previous releases in terms both of the quality of the song-writing, the production, and dare I say it, the playing. There is a consistent feel to many of the the songs, which brings to mind the likes of Winger, Paul Laine era Danger Danger, or Night By Night and Vega from the UK, and also some of the more modern US ‘technical rock’ bands such as Trapt, Breaking Benjamin, Chevelle and Adelitas Way, with the occasional reference to a more Australian progressive rock sound like Karnivool or Cog.

After the mellow intro title track, 90 seconds of keyboards and ethereal guitar melodies, the album steams right into Shine which is perhaps the most ambitious track musically on the record, and needs to be listened to more than a few times to appreciate just how much is going on, and really highlights the technical ability of the three band-members. The guitar playing in several parts of the song is terrific, and the final solo is just epic in the style of Reb Beach from Winger.

Playing God is up next which sees Leon Todd making effective use of the Wah Wah pedal, and some really pure and clean vocals through the chorus – oh yes, and another crunching riff with some complex time and rhythm changes in the final section. The World You Gave Us then delivers a grinding guitar riff over a rock-solid bass and drum tempo, building into an intricate middle-eight and solo from Leon before reverting to the contrasting dirty riff again – a really neat contrast in styles that blends well.

This is followed by the slightly psychedelic guitar-work of Rewind Your Mind with a darker melody and some soaring vocals from Ryan Rafferty in the verse, and a much more industrial feel to the chorus. The Last Time continues the overall sound and feel of the record, and features perhaps the wildest and best solo from Leon, and some heavily accented riffing to close the track.

Hold on to your hats for the intro to Letting Go, and the background vocals to the pre-chorus, and the rumbling drums under the chorus itself. Dreaming Out Loud has a rolling bass-line underpinning the heavily accented lyrics and choppy guitars, interspersed with some beautiful melodic harmonies. This is carried through to the start of Save Me, which then surprises with the tempo change for the pre-chorus and chorus and with Cam Barrett displaying some precise tribal drum patterns.

A more straight ahead rock song, Love on The Run features some great harmony vocals in the chorus.

The final track on the record is an oddity – a rip-roaring jazz-rock instrumental workout called Kungfoolery which just highlights the quality of the musician-ship, and which was probably a heap of fun to record. Two distinct sections to the song, with the extended fade-out featuring some great drumming, and yet more highly technical intricate guitar soloing.

Ragdoll are clearly all excellent musicians, and in Back To Zero they have delivered a high-quality set of melodic rock songs which stand apart from several of the the more run of the mill local acts.