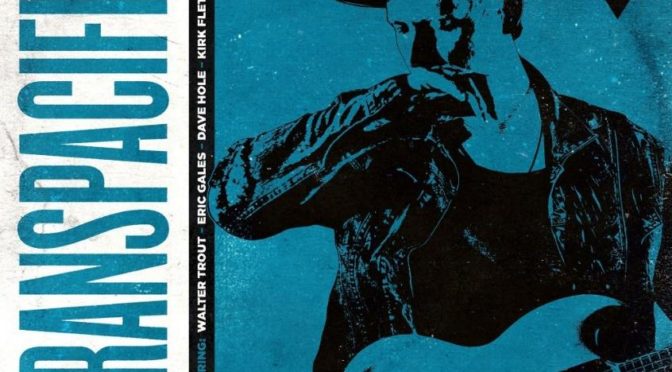 The more artists I discover for the first time, the more ignorant I think I must be about the music scene!

A CD that dropped into the letter box this week is the new release from Perth bluesman Matty T Wall, which is a collection of some absolute blues classics from some of the all-time greats, performed by Matty and his band, and features a few guest guitarists – with the concept inspired by the Gary Moore release of Still Got The Blues back in 1990.

Matty and his band, Ric Whittle on the drums, and Stephen Walker on bass, laid down the main backing tracks for the whole album in one morning, and then having got the guests to agree to take part, they sent over the bed tracks and got them to send back a couple of versions with solos over them.

Matty T Wall released his debut in 2016 with Blue Skies, and then released Sidewinder in 2018 which really cemented his position on the blues scene both here in Australia and in the USA and Europe.

This album showcases his voice and his playing, with a bunch of old blues standards delivered in a fresh light, with a consistent feel that is driven by the fact that the songs have all been arranged and played by the same band, which gives them some new energy.

John Lee Hooker would be classed as one of the absolute masters, and Boom Boom was written in 1961 and has been recorded by many others since then – a great 12-bar blues pop song with an instantly recognisable riff, and a bit of a growl in the voice as well as the guitar sound.  Perth legend Dave Hole has added his virtuoso touch to the solo here and he lets rip from the get go!

Not really thought of as a blues song, but a 12-bar nonetheless, Hi Heel Sneakers was a Tommy Tucker song from 1963 that was then recorded by Elvis Presley and Chuck Berry among others, and Matty T Wall has got his current hero Eric Gales to help light the fuse for the explosive guitar licks throughout a slightly funky and low-key beat, and trading guitar and vocal lines between them.  The final epic solo is Matty T Wall himself, and is highlighted by the space left behind in the backing track.

Albert Collins featured on the Gary Moore album, and Quicksand is from the Don’t Lose Your Cool album, and the inclusion of Kid Ramos who has played with the Fabulous Thunderbirds and the Mannish Boys has added another dimension to the sound of the band on this bustling track – with a variety of guitar sounds from Stray Cats to Hendrix apparent in the solos.

She’s Into Something is another Albert Collins track, but made famous by Robert Cray back in 2003, and this sees the extra guitar work added by the legendary Walter Trout who throws his boundless energy into the delivery of a spine-tingling couple of solos that you just hope will keep going!  There is something really strong about Matty’s vocals in this track, and again there is some neat interplay between voice and guitar that would be great to try and replicate live one day!

Stormy Monday is a really laid back version of the T-Bone Walker blues ballad, with all of the talent provided by Matty and the band.  Not the easiest song to sing well, Matty delivers a soulful but strong vocal performance, while throwing out some inspired and oh so clean guitar licks over the simplest of bass and drum backings.  A timeless blues-rock track , Born Under A Bad Sign, written by Booker T Jones and made immortal by Albert King in 1967 and one of the new kids on the blues block has really added something special to the guitar work here – Kirk Fletcher is destined for great things, and in Matty’s words, Kirk was “all over it” on this track, with Matty forced to really focus on keeping it simple in support of the guitar work from Fletcher.

Another old song in I’m Tore Down was recorded by Freddie King back in 1961, and brought to life again by Eric Clapton on his blues tribute From The Cradle album in 1994, and this has been recorded with something of the original groove, and showcases the incendiary guitar playing from Matty himself which more than stands up to the work of the guest players elsewhere on the record.  This is my current co-favourite on the album, along with the ridiculous version of Crossroads that closes the record, which features Matty T and a grungy riff underpinning the lead breaks, which combine to add something dark and moody, entirely appropriate to the song itself.