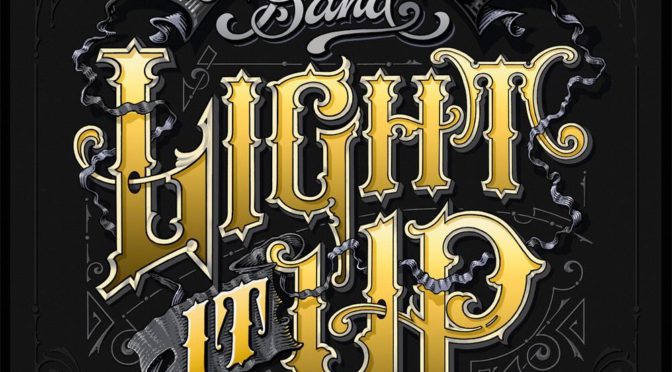 The rise of the Kris Barras Band continues with the announcement of their brand new album Light It Up, which is to be released on the 13th of September via Provogue, a month before their biggest UK headline tour to date.

It follows a whirlwind 18 months since the release of The Divine and Dirty in March 2018, where he sold 75 tickets for the London album launch at Thousand Island, and only 11 months later returned to play to 500 people at the main room of the Garage, London with an incredible ride to get there.  Support slots in the UK and Europe with Beth Hart, Walter Trout, John Mayall and the upcoming UK Tour with Black Stone Cherry (A young Kris Barras saw one of his favourite upcoming bands, BSC at the 200 capacity Exeter Cavern in June 2009) have cemented the band into the thriving blues-rock market in the UK.

The new album has been produced by the band’s keyboard player Josiah J Manning, and sees KBB in an ever-so slightly smoother vein than the previous albums – still a punchy, raunchy classic blues-rock album, but without some of the really raucous rock riffs of before.  This is not a criticism as much as a statement of fact – and there is no doubt these songs will have a real punch live.

The live band is the studio band, and after the 18 months of continuous touring, these guys are seriously tight, and have been able to add levels of complexity and depth to their live sound,  which is clear from the use of the keyboards and waves of harmony backing vocals which round out the warmth of the songs considerably. “I kinda forced myself to write songs a different way. The biggest difference for this album was that I didn’t pigeonhole myself in any way, I didn’t feel like I had to conform. I just sat down and wrote songs I wanted to write, with a sound I wanted to produce, not thinking about genre whatsoever.”

The album opens up with What You Get which immediately catches the attention with the solid beat and the swampy-blues riffing, and with a really hook-infused verse and chorus, we get the first of a number of ripping solos, and the first look at some of the hallmarks of this record – huge harmonies, keyboards, and some female backing vocals to die for!

Broken Teeth is a stomping blues-rocker with an infectious rhythm and a rolling melody that may be keyboards or banjo under the main riff, and a really catchy guitar line that pervades the whole track, before the pace kicks up and the slide guitar comes to the fore.

There is more of a retro groove-rock feel to Vegas Son, which may or may not be slightly autobiographic about KB’s background taking risks as an MMA Fighter, and about taking risks in general to get where to you want to be.  The interplay between guitar and keyboards here really defines the sound, as with so much of the record. Ignite (Light It Up) is already a live favourite, and has a real Electric Boys funky groove to it, driven on by the excellent Elliott Blackler on the bass, and KB delivers the solo of the album, as well as possibly his strongest vocals.

The 6am riff and the chorus melody is another one that has wormed its way under the skin, being more southern blues-rock featuring yet another infectious guitar-riff, and the added depth of the organ filling the background, and the harmonies behind the chorus.  Rain is a gentler ballad with the organ taking the lead through the verses, and a laid-back feel to the guitar work until it builds up through the solo and the last pre-chorus break into the climactic final chorus and the final stripped back phrase.

A more melodic rock and AOR feel infuses the upbeat Counterfeit People, with a punchy back-beat behind the riff and some tight drumming and fills from the ever-solid Will Beavis.  A guitar and vocal intro to Let The River Run Through You sees more intricate guitar-picking from KB, and the piano changes the dynamic from the big organ harmonies of some of the other tracks, with buckets of light and shade throughout, and the girls let rip again on the backing vocals.

A grungy country-rock riff opens Bullet and drives through the whole track, with the verses much more stripped back over the beat, and a virtuoso solo over a chunky rhythm guitar line, with the solo continuing through the final chorus and on to the final “Bullet between The Eyes”.    A no-frills opening riff to Wound Up gets the feet tapping, and they don’t stop through the chorus – all delivered with a sense of being an updated melodic Bad Company crossed with The Black Crowes.

Hammond Organ, Cowbell and a swaggering riff open up What A Way To Go, with a raw vocal delivery and a really catchy chorus including some more terrific female backing vocals, before KB lets rip with a searing solo that runs through to the close.

Intricate guitar lines kick off Not Fading, along with some hectic work on the kit, and a lot of duelling between guitar and organ providing the dynamic highs to this one.  There is a lot of old-school jazz-rock sound tucked away here and throughout the album, that reminds me of Colosseum and Chick Corea as well as bunch of those 1980/90s obscure melodic rock bands from the USA like Aviator and Streets – all thrown in the blender to generate what is becoming a consistent KBB sound.

Album-closer Pride Is Forever is a mellow blues rocker with a laid-back delivery and a barrage of backing vocals that sees the girls let rip behind the solos and give a bit of a Shine On You Crazy Diamond feel to the closing segment. 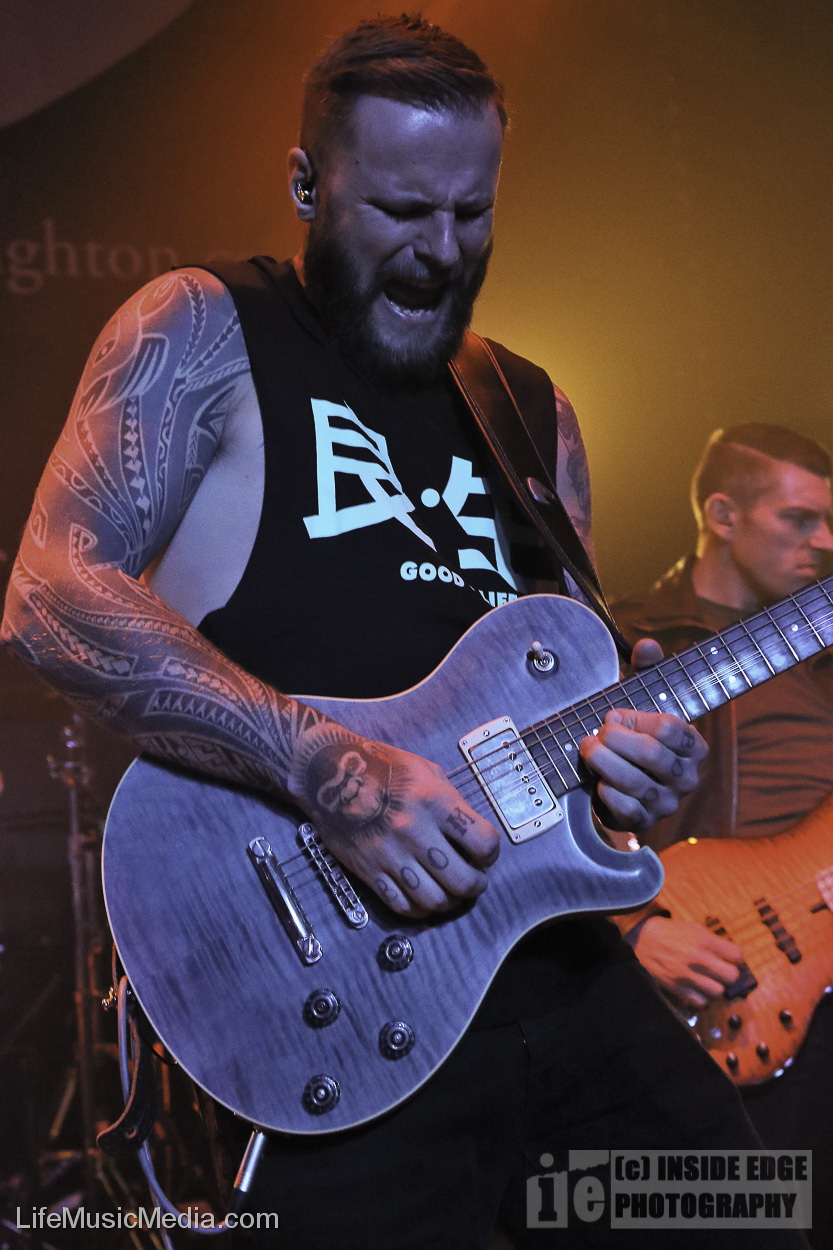 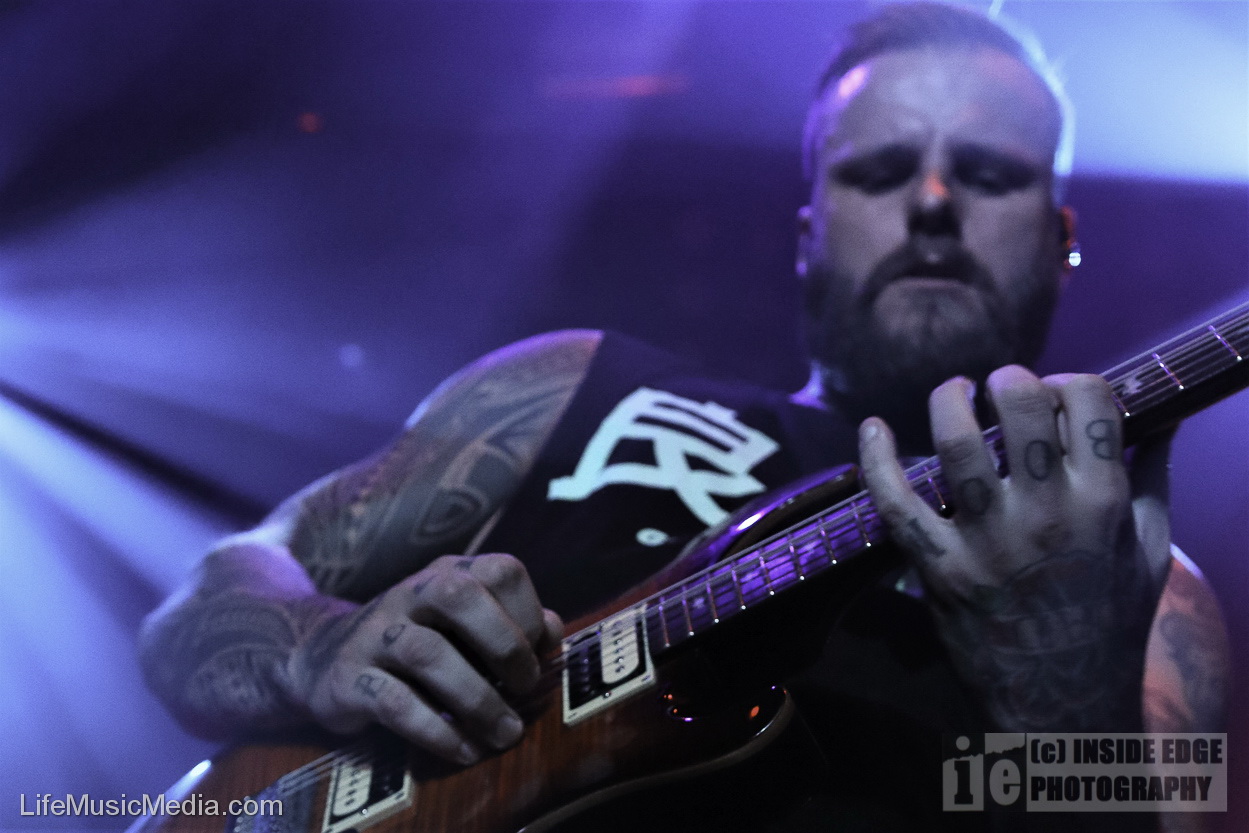