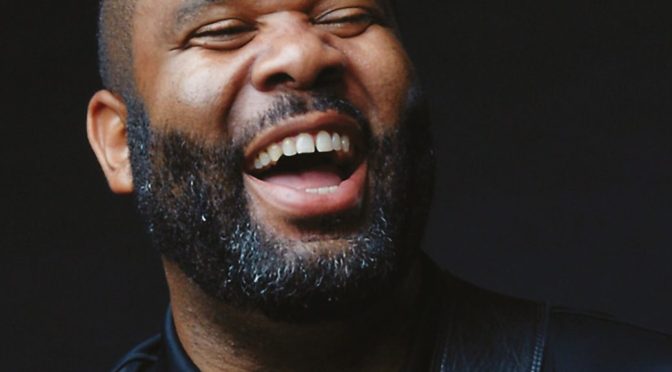 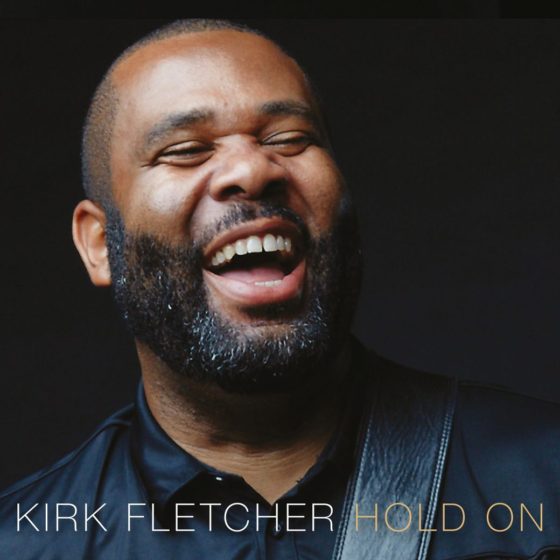 Another new name to me from the big wide world of the blues, and another cracking example of the quality of blues guitarists out there today – with a handful of solo albums behind him, as well as three years in The Fabulous Thunderbirds, Kirk Fletcher has one of the more soulful voices, twinned with a guitar style that brings to mind the likes of Carlos Santana, Gary Moore, Joe Bonamassa, Eric Clapton, Gary Clarke Jr and Eric Gales to name just a few!

The HOLD ON record has just been released over here, and some tour dates for February 2020 have been announced, and we may even get to see a couple of locals onstage with him, in Jade McCrae and Mahalia Barnes who both appear on the first single, Two Steps Forward. This opens with a blast of Hammond organ and a catchy riff, before this sultry-smooth dark-chocolate voice oozes through the speakers. The ladies then open up with some hard-hitting vocals before Kirk lets rip with the first solo of the record, just 2 minutes in! There are some ripping background vocals from the ladies behind the soloing, and some loose bass and drums that work perfectly with the wild and free feeling of the song, which even includes a snip from Layla before the close!

A stripped-back old school sound opens up You Need Me with some interplay between the guitar and electric piano, backed up by more mellow organ harmonies, and after a couple of verses the song morphs into something of a blues jam workout. A totally different feel to Sad Sad Day which gets the feet tapping and harks back to the really old-school blues greats, with super distorted fuzzy skiffle riff and a honky-tonk piano that brings the melody to the verse and chorus, and then sits behind the guitar for the solo which shows off the dexterity of the player.

A beautiful soulful melody opens up The Answer with some delicate picking before the mellow baritone voice delivers a track that immediately reminds me of an old Pat Travers track, but then takes on its own identity, and while the organ, bass and drums roll along with a laid-back accompaniment, Kirk delivers a solo that builds and builds without apparent effort, until the searing fretwork brings the band along for the ride, in this 8 minute epic masterpiece.

Time’s Ticking has a swampy Delta-blues vibe, with a marching snare kicking behind the riff, and a slow deliberate beat, which allows Kirk the freedom to deliver a blistering solo over the top, and you can almost feel the strings bending under the effort, before that sleazy riff re-appears again. Another more than 6-minute work-out will keep the guitar enthusiasts more than happy – there is nothing overly unique in the content, but the playing is full of emotion and a raw energy that really stands out.

One of Kirk’s guitar heroes was the late Cornell Dupree, and we get a nearly 7-minute funky jazz-blues tribute in Dupree with an up-beat and fun instrumental groove that permeates the whole song. There is a catchy melody from the guitar, some harmonies with the keyboards, some free-form drumming and a bass-line that rolls up and down the scale while the organ delivers the headlines.

A more standard three-chord blues line kicks off Gotta Right and the key allows Kirk to deliver a warm blues vocal line, that complements the smooth clean guitar lines of the solo, with some wicked licks thrown in as the band seems to warm up through the 8 or more minutes of this one. There may only be 8 tracks on the record, but there is more than enough to go round! Some of the second solo is simply mind-boggling and I love the way it slips into a heavier blues riff before the final crescendo.

Title track of the record Hold On closes the record, and is a gospel-soul ballad with some great backing vocals from the ladies, and a couple more minutes of guitar wizardry from Kirk, and some Isaac Hayes-style voice to fade out the album.

This is a record that delivers a range of different blues styles, all delivered with a sense of freedom and energy that is infectious, whether soulful, jazzy or just straight-up blues, and it will have you dancing, crying and bending an imaginary fretboard while slamming on that whammy bar through the solos! Roll on Feb 2020.