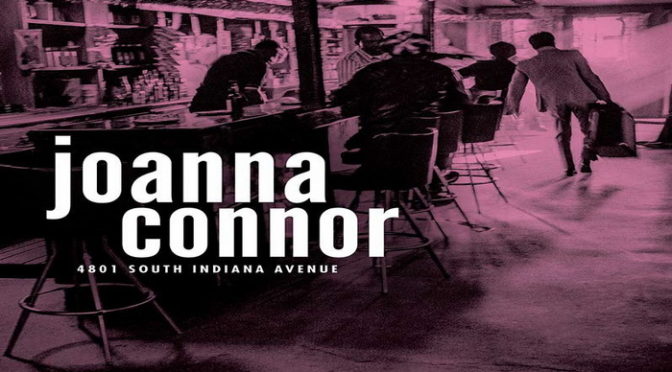 Chicago-based slide guitar virtuoso and singer-songwriter, Joanna Connor, who is best known as one of the reigning Queens of blues rock guitar, releases her 14th album 4801 South Indiana Avenue on Joe Bonamassa’s new independent blues record label Keeping The Blues Alive on February 26, 2021, and the record features a serious dose of Joe Bonamassa himself in the production, alongside blues guitar great Josh Smith, and both of them playing guitar all through the album.

Joanna remembers that Joe actually opened for her at a club in Chicago where she had a long-running residency, and the memories of that time were the inspiration for the album, looking to re-create the organic and raw sound of those sweaty blues club shows, with the backing of a crack blues band including Reese Wynans (Keyboards for Stevie Ray Vaughan and Joe B), Lemar Carter (Drums for Nick Jonas, Mick Jagger and Carrie Underwood), and Calvin Turner (Bass for John Mayer and Marc Broussard) who also arranged the stonking horn section.

The stated intention was to create an authentic, effects-free, live-sounding set of Chicago blues, and as the drums open up the slide-guitar driven Destination, with some honky-tonk piano as a frantic counterpoint to the frenetic guitar-work – backed up with some real Blues Brothers backing vocals, and ripping solo from Joanna, while she also shows off her considerable vocal power and range.  Come Back Home has more killer piano and an urgent guitar / bass harmony riff, with a wailing lead vocal line before some blistering slide guitar that is just incandescent.

Joanna had toured Europe with Luther Allison back in the 1990’s before his death in 1997, and Bad News was one of his earliest compositions, a slow-burning classic of a blues ballad which sees Joanna play off her haunting vocals against her guitar breaks while the band holds down the lazy beat – and yet again we hear the glorious piano of Wynans which adds so much atmosphere to the sound.  The ending is just a joy, and reprises the mournful bell that opens the track.

The single release is the high-speed slide-guitar boogie of I Feel So Good which sees Joanna deliver a long-held power note before the verse kicks in, and her delivery of the lead vocal, pushed to the limit by some overdrive, is perfectly in keeping with the infectious energy of the bass and drums and the track throws in some real light and shade without dropping a beat through to a fade-out ending, that then sees the band explode back in for a 15 second closer, and an exclamation of “Gotcha” from Connor.

There is a tastefully worked version of Albert King’s For The Love Of A Man which grooves along supported by the boys in the horn section who add a real big-band sound, and features some great accents from the rhythm section while Joanna can’t help herself with lick after searing guitar-lick.  The horn section is right up-front again with Trouble Trouble, a classic from west-side Chicago bluesman Otis Rush and written by the great Lowell Fulson, which sees Josh Smith add some stellar guitar to the piece.

There is a true old-school sound to the tribute to Hound Dog Taylor in Please Help which shuffles along in authentic fashion, and Joanna lets rip again with the intro to Cut You Loose, from Buddy Guy, and the vocal is earthy and raucous over the hypnotic and shifting rhythms which weave themselves in and out almost seamlessly – really bringing the feel of the late-night speakeasy blues to life.

The vibe continues with the Chicago blues staple of Part Time Love (Clay Hammond) that Little Johnny Taylor made a hit in 1963, with some wonderful work from the horn section, and a very mellow organ melody sitting beneath the wailing and beguiling voice, which all leads up to the slide solo from Connor, before the band cuts back to let Joanna and the Sax of Mark Douthit battle it out, and then Joe Bonamassa throws out a wonderful solo which allows Joanna to dive in with the slide guitar for the climax.

Album-closer It’s My Time was written by Josh Smith and Joanna delivers the vocals in a spoken word form before the ethereal sound of the chorus – the song is really different to the rest of the album, but half-way in the personal nature of the lyrics become real, as Joanna murmurs ‘Let me show you why’ before launching into a slide guitar duet with Joe B that conjures up Ry Cooder, and create a delicate and moody sound which is unique.  I would rather see the album end on a high of energy, but this certainly provides a high of emotion and soul as the final track……..hit repeat and the excitement and energy will come right back!

As someone who is getting an introduction to this slide guitar maestro on her 14th album, I can’t comment on whether she is better at songwriting than playing, as nearly all of the tracks here are covers of pretty well-known Blues classics – so now I just have 13 albums to look back on to discover the rest of this hugely-talented lady’s output!