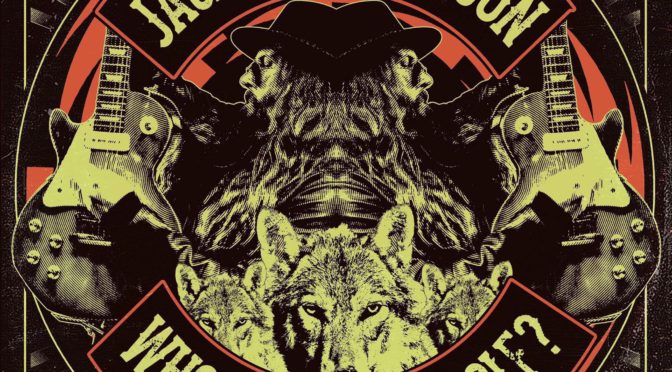 From the opening riff of Justified you get the feeling that what is about to burst through the speakers could be something special. When the Hammond organ and the vocals kick in, the tingles start to run up your spine, and then the middle-eight break hits you like a sledgehammer before the first of many ripping solos puts the icing on the cake. There is so much depth and complexity in the backing vocal harmonies and the underlying melodies that the listener is pulled in deep, and is immersed in the layers.

Haunted Bones is the first single off the album, and has a driving guitar line that pervades the track, with choral vocal lines throughout which are stating to set this guy apart from some of the other new blues rock artists cutting through in the UK.

I was lucky enough to see Jack J Hutchinson live in the UK a couple of times earlier this year, and he impressed as a solid 4-piece live act, and the earlier album Paint No Fiction, was a good representation of his sound. This new record though is a different class altogether, and sees the live band handling all of the recording duties, putting the synergies from months of live shows into great effect in the studio, and it really shows up on the record.

There is a real retro vibe to Kiss Your Ass Goodbye, with an opening acoustic guitar melody before the rest of the band jumps in, and a really strong voice with Jack hitting some higher notes with ease. Explaining the vibe of Who Feeds The Wolf?, Hutchinson comments: “It’s an angry record. The shit has really hit the fan and we are in a bit of a mess, both politically and environmentally. I guess my response has been to plug in my Marshall stack and turn everything up to 11!!”

It is also the most introspective album he has produced to date due to a whole load of personal things impacting Jack’s life, and in particular his father being diagnosed with Alzheimer’s disease.

A mellow opening to I Will Follow You rolls into a fairly standard verse that morphs into an unusual and striking chorus featuring some haunting melodies, harking back to some of the psychedelia-tinged blues rock of the 1960s and 70s, accentuated by the late appearance of the organ. Lucky Man gives us another powerful riff under some strong vocals and a huge keyboard background, and a rock-solid beat from Felipe Amorim on the kit that just drives the song from start to finish.

Guitar and electric piano from Alberto Manuzzi provide the opening segment of Peace of Mind with another retro feel, before the false ending leads us into a stronger up-tempo number, with some intricate guitar work in the riff under the verses.

The angry feel blows out of the speakers with the opening to Roll Another One, which has a grungy dirty feel to the guitar that runs through the distorted solo with a touch of an Eastern sound in the lower-end melodies, and shows bassist Lazarus Michaelides off well.

The obvious chemistry in the band is clear from the southern-rock swagger of Let It Ride, with the guitar and piano working together to deliver a catchy and commercial pop-rock sound, with some clever backing vocals that maintain that retro rock feel. There is a warmth to the opening vocals of Autumn Leaves, another multi-layered ballad with the keyboards being the hero of the piece.

The raunchy, low-slung Les Paul is definitely the hero of Winds of Change, which shows off the under-stated ability of Jack as a quality blues-rock guitarist, and showcases the whole band in what is becoming a familiar ‘wall of sound’ delivery, with those huge backing harmonies bolstered by the keyboards, and all backed up by the ultra-tight rhythm section.

Favourite riff of the album from the moment it opens up the mammoth Sleep Awake Obey! which is a little out there from the normal Jack J Hutchinson sound, but is utterly compelling with a sense of brutality in the guitar work, and menace in the vocal and organ melodies, backed by Felipe crushing the tom-toms throughout. Just as I was about to hit repeat to play it again, the outro explodes Metallica-like from the speakers and provides an epic close to the record. This will be something to witness if they can deliver the same feel onstage! Roll on March 2020 and the UK Tour.

The album – Who Feeds The Wolf? is released on October 18th , and can be sourced from all the usual providers.

The Haunted Bones single is available to order now : www.jackjhutchinson.bandcamp.com 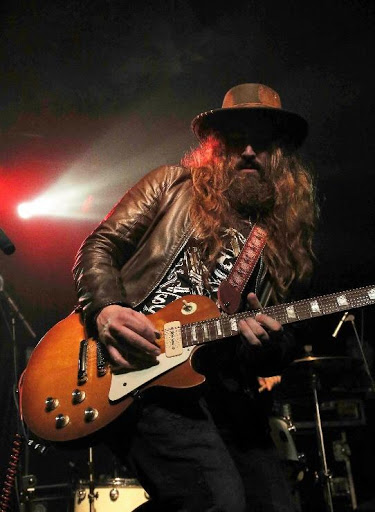 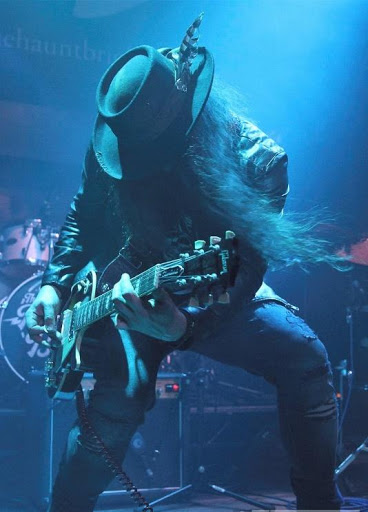