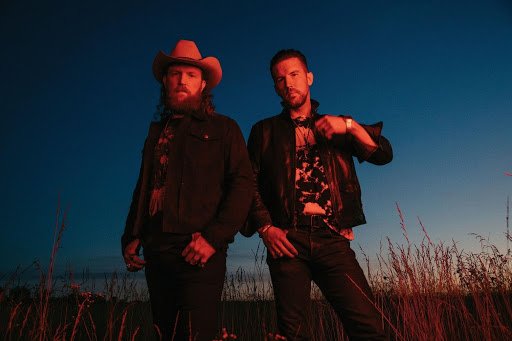 This is certainly a real progression from the introduction in the Pawn Shop record, and the commercial break-through of Port Saint Joe, and delivers something much closer to the electric excitement of a Brothers Osborne gig – which may see some of the die-hard country folk blinking slightly at the ridiculous virtuoso guitar work of John Osborne, which is more Hendrix than Haggard!

With all songs written by one or both of the brothers, with some help from a few of their regular collaborators, and again produced by Jay Joyce who has a solid hard rock and country portfolio (Zac Brown, Halestorm, Keith Urban, Cage The Elephant & Coheed & Cambria), All Night has been released as a single, and has continued the commercial success of the previous releases.

Lighten Up opens the album with a gentle twang which lulls you into a false sense of security before a stomping swamp-rock blues riff kicks in, and a huge drum sound that leads into a lot of a groove through the verse, and a huge hook-filled chorus before a trademark lightning-bolt of a guitar solo.

First single All Night is a compelling track, like Pawn Shop on steroids, with a raucous guitar-line, and some staccato vocals in the chorus before JO teases us with some fiery lead breaks into the mid-section, before the change of feel again for the verse, and a final rip-snorter of a chorus.  The energy continues in the same vein with All The Good Ones Are, an old-school good time rocker, which has an instrumental section which not only showcases JO’s ability to deliver high-end rock guitar-hero breaks, but sees the rest of the band really deliver, Adam Box on the drum in particular.

The honeyed-tones of TJ’s voice are prevalent in the alt-country ballad I’m Not For Everyone, which also shows off the wry humour of the lyrics – “I’m Like B-Side Townes Van Zandt” and “I’m a legend in my own mind”.  There are multiple elements to the song, and the chorus is where it all comes together as a wonderful musical expression of celebration which the brothers are becoming well-known for.

Skeletons, the title track of the album is all about the way the guitar and voice work together to deliver a raucous blues rocker, again with a completely unexpected and outrageous middle-eight guitar workout. This one live you can stretching out to 7 or 8 minutes while drums and keyboards get their own little showcases, only for John to blitz out yet another solo.

There is a real country feel to the structure and delivery of the verse of Back on the Bottle, which then switches through an odd time change into a very different song in the chorus, which has an almost gospel bar-room crowd feel to it.  There are delicate and intricate guitar lines weaving around behind the voice, and a bluegrass / zydeco feel to the solo, continuing to confound any listener trying to pigeon-hole the guitar styles of John Osborne.

A much more commercial pop-country feel arrives with High Note, which is a beautifully delivered melody from TJ, more atmosphere and less of the obvious guitar work of the rest of the album.  Potentially the next single which will provide lots of airplay.

We get a rollicking pair of tracks in the Charlie Daniels mould, with a rapid-fire guitar / piano duel through the instrumental electrifying bluegrass of Muskrat Greene that drives along at a real pace, and provides several different styles of technical guitar wizardry, seeing the band clearly having more fun than should be legal.  This leads seamlessly into the track destined to be a live classic, Dead Man’s Curve, a fast-paced stomping rocker that is like a rollercoaster ride through the backroads and swamps

Another change of mood in an emotional country ballad, Make It A Good One which will have the air filled with lighters / phones as the band delivers a multi-layered sonic comfort-blanket behind TJ’s voice.  Hatin’ Somebody is very much a Brothers Osborne that could have been on either of the earlier albums, full of a southern calypso rhythm, and with a syncopated guitar riff chugging along in the background, and some slide guitar lead breaks slipping in between the vocal lines.

Album-closer  is an acoustic-guitar led folk song Old Man’s Boots that is a simple voice and guitar ballad, with a wonderful acoustic solo, and bringing TJ’s voice right to the fore, and demonstrates the brothers clear ability to write really good songs, and to be able to perform almost as a duo as well as to rock out with the full band and power to burn.

Skeletons is a real tour de force, and whether you enjoy the smooth pop-country ballads, the clean country-rockers, or the guitar-fuelled riffing of the gritty southern rock, there is a unique blend of the dextrous guitars of John Osborne and the mellow drawl of TJ Osborne that is becoming the true Brothers Osborne trademark sound, and this record is getting much closer to the excitement of their live shows.