The multi-platinum selling Keith Urban has today announced a second and final Brisbane show will be added on Saturday April 16 to his ‘Get Closer 2011 World Tour’, with tickets going on sale at 9am on Monday March 14.

The April 16 show, in Urban’s hometown of Brisbane, will be the last Australian show on the first leg of his world tour and follows the first Brisbane Entertainment Centre show already on sale on Friday April 15.

Beginning his ‘Get Closer 2011 World Tour’ back home in Australia on April 8 at the Adelaide Entertainment Centre with an all-new stage production, Urban will also play already announced dates in Melbourne (April 9), Tamworth (April 12) and Sydney (April 14) before completing the final leg in Brisbane on April 15 and 16.

Fans can expect an energy charged show featuring Urban’s awe inspiring guitar skills as he performs songs from his recently released ‘Get Closer’ album including the hit singles ‘Long Hot Summer’ and ‘Put You In A Song’, along with favourites like ‘Sweet Thing’, ‘Days Go By’, ‘Better Life’ and ‘Kiss A Girl’.

The ‘Get Closer’ album was released in November and within weeks of its release had achieved gold sales – an accolade by the ARIA Award winning Urban which was followed by his recent fourth Grammy Award win.

Urban will be joined on the Australian dates by Lady Antebellum as the opening act.

Lady Antebellum will be touring Australia for the first time having recently also being recognised with Awards at this year’s Grammys. Lady Antebellum’s sophomore album, ‘Need You Now’ was recently certified triple platinum in the United States, with three consecutive #1 singles. Locally the hit single ‘Need You Now’ has gone platinum, while the album has surpassed gold sales and reached #1 on the iTunes chart. 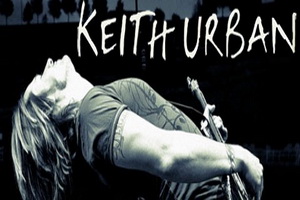