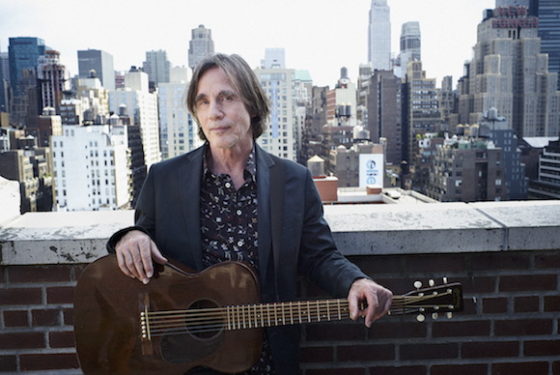 Singer-songwriter JACKSON BROWNE has added a second and final Sydney show on Tuesday March 20 at the State Theatre.

Tickets for the new show will go on sale at 12pm on Monday February 5.

My Live Nation members can secure tickets first during the pre-sale beginning at 12pm on Friday February 2.

Jackson Browne has written some of the most literate and moving songs in popular music including Running on Empty, Take It Easy, Somebody’s Baby, These Days, Lawyers in Love, For a Rocker, Doctor My Eyes and The Pretender and was inducted into the Rock and Roll Hall of Fame in 2004 and the Songwriter’s Hall of Fame in 2007.

Browne defines a genre of songwriting charged with honesty, emotion and personal politics and is known for his advocacy on behalf of the environment, human rights and arts education.

Testament to Browne’s enduring popularity, and his affection for Australia where he first toured in 1977, this will be his 7th tour here since 2001.