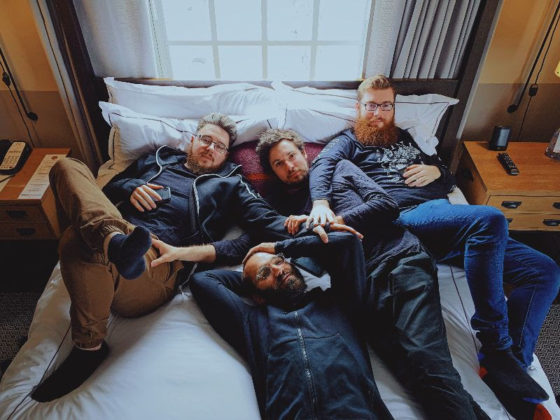 The shows are a rare and intimate live set that has been honed around the world since his last national Australian tour in September 2018. The Australian shows will be supported by JAKUB ZYTECKI (POLAND), DAVE MACKAY (UK) and NICK JOHNSTON (CANADA) who is also performing the New Zealand leg with HEAVY METAL NINJAS (NZ). DAVE MACKAY will also join PLINI’S set on keyboards for these shows.

Before each Australian show, Plini, Nick Johnston and Jakub Zytecki will be hosting a Masterclass and Q&A session with. This is a rare opportunity to get inside the minds of some of the world’s premiere guitarists.

Tickets on sale Friday 24 May at 9am AEST time at plini.co/aus-nz

2017 and 2018 saw PLINI embark on highly successful headline tours of Europe, the UK, India, North America and Australia. These tours included dozens of sold out shows in some world’s iconic small venues, including the Roxy Theatre in Los Angeles, Islington Assembly Hall in London and the Corner Hotel in Melbourne. This was followed by the release of the ‘Sunhead’ EP in mid-2018, and an ensuing world tour across Europe, North America, Asia, India and Australia.

PLINI has been invited to be an instructor at the prestigious Vai Academy 5.0 in New York alongside Steve Vai, Joe Satriani, Devin Townsend and more.

Steve Vai described PLINI’S critically-acclaimed debut album ‘Handmade Cities’ as “one of the finest, forward thinking, melodic, rhythmically and harmonically deep, evolution of rock/metal instrumental guitar records I have ever heard.” And named “Best Prog Guitarist in the world right now” by Music Radar in 2017.

PLINI composes, plays guitar, records, produces and manages his unique brand of instrumental progressive rock all from a bedroom studio. He has a signature guitar with Strandberg Guitars, and endorsement deals with Yahama Music, Dunlop, D’Addario and Fractal Audio.

These will be PLINI’S only Australian and New Zealand shows for 2019 before he heads back to the studio to work on a new album to be released in 2020.

NICK JOHNSTON is one of the world’s premiere virtuoso guitar players. His accolades include five studio albums, countless tours and clinics around the world, a signature guitar series with Schecter and acclamations from just about every legendary guitar player on the planet. Nick’s sound and approach to the guitar are highly unique, born of a love for everything from the blues to classic sci-fi scores, and an unabiding penchant for storytelling.

2019 sees the release of Nick’s fifth studio album ‘Wide Eyes In The Dark’- an instrumental prog rock epic that journeys through a grand spectrum of human experience. Nick spent two years writing, refining and recording the songs, all the while traveling the world and experiencing life as a solo musician.

Polish guitar player and composer, JAKUB ZYTECKI, is best known as a member of his band DispersE, from which he recently departed. Over the past 4 years, Jakub has been working on his solo project. He released his debut solo album ’Wishful Lotus Proof’ in 2015, followed by two EPs: ’Feather Bed’ and ’Ladder Head’ in 2017 and his upcoming second full length album is scheduled for a late 2019 release.

In August 2018, Jakub played his very first solo live shows when he was invited to open for PLINI
during his Summer European tour.

DAVE MACKAY is a British pianist, singer, songwriter and producer, currently based in Los Angeles, California. He has toured worldwide with his solo show and as an accompanist for many notable artists including Art Garfunkel, Plini and Grace Weber. Past performances have included the Royal Albert Hall, Glastonbury Festival, Ryman Auditorium, Walt Disney Concert Hall, London Palladium, Sundance Film Festival and Vienna Konzerthaus.

Dave’s solo music combines intimate, honest vocals with analogue synthesis and distorted keyboards. He has released several records as a solo artist, the latest of which is called ‘Three’. This instrumental project is a trilogy of EPs, recorded in 3 different cities, with 3 different progressive jazz trios.

TICKETS ON SALE FRIDAY 24 MAY AT 9AM AEST TIME FROM PLINI.CO/AUS-NZ 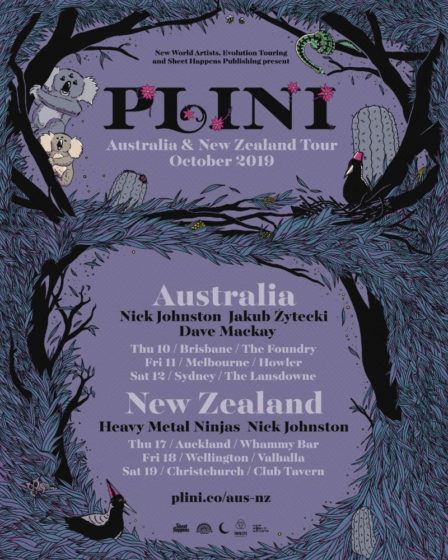