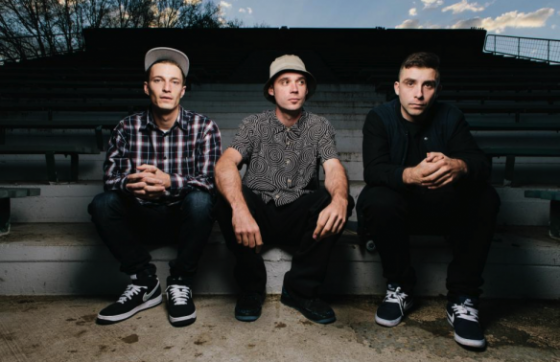 ‘Elephant in the Room’ – one of the centrepieces of So We Can Remember lashes out at 21st century ignorance and avarice and is about as challenging as any slice of rap music in this brave new post-Kendrick world. The Vine

Thundamentals are not stopping. Now announcing a tour that coincides with the 12-month anniversary of their 3rd LP So We Can Remember, the Blue Mountains crew have not had much time for visits home lately. Since first single ‘Smiles Don’t Lie’ went gangbusters the guys have been adopted, loved and championed all over the country.

So We Can Remember – “possibly…the best Australian rap album ever released” according to The Vine – was the release that Australia was ready for, as evidenced by #1 positions on Digital, Independent, Australian & Urban ARIA Album charts, and clocking #3 on the overall ARIA Charts.

The record [rel. 2 May 2014, Obese Records] was a Feature Album on Triple J and Fbi FM, spawned a sold out tour following the success of singles ‘Smiles Don’t Lie’ and ‘Something I Said [Ft. Thom Crawford]’, prompted the release of singles ‘Quit Your Job’, ‘Got Love ft. Solo’ and ‘Missing You’ and saw combined single sales of over 60,000, pushing their YouTube views get within a Thundakat whisker of 5 million.

The only 2014 record nominated for a J Award [Album Of The Year], a Carlton Dry Independent Music Award [Best Independent Hip Hop Album], an ARIA Award [Best Urban Album], an Fbi SMAC Award [Record Of The Year] and the critically acclaimed, nationally coveted Australian Music Prize, So We Can Remember spotlighted the crew’s mind-bending outlook, positioning them at the spearhead of a direction not-previously-realised in this country’s hip hop.

Not that Thundamentals had time to stop and pat themselves on the back. After massive appearances at Falls Festivals, Groovin The Moo and their biggest SOLD OUT headline tour to date they were invited on the road with industry legends Hilltop Hoods, playing to over 50,000 people in far flung locations around Australia. Finishing the year-long whirlwind with an incredible all-star hip hop performance in front of 25,000 fans alongside the Hoods, Illy, Horrorshow, Drapht, Seth Sentry and Tkay Maidza for the triple j 40th Birthday Celebrations in Sydney’s Domain, Thundamentals are in a well-deserved place in the history of Australian hip hop.

Energised by the huge love from their amazing fans, new and old, spring-boarding from the support of the hip hop scene at large, and thrilled with the reception from Australia and beyond, Thundamentals are kicking the door open to 2015, with ‘Elephant In The Room’ a reminder that just under the surface there’s an individuality and purpose that is purely their own. If 2014 was #YearOfTheThundakat – 2015 is set to be seriously something to remember.