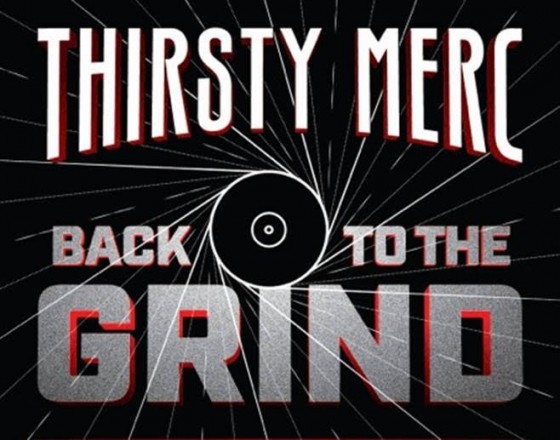 There is no better way for a hard working touring rock band to introduce their new single, The Grind from the Shifting Gears album, than with a national tour.

Kicking off on 7 April in the nation’s capital, Thirsty Merc’s Back To The Grind Tour will hit over 20 cities and towns across all the mainland states through to the end of May 2016 on the NSW South Coast.

Lead singer, Rai Thistlethwayte, is rightly proud of their new single and said: “After a really hard time at the end of 2015, we’ve turned the corner into 2016 and we feel the best way to get on with things is to keep busy, keep working hard and do what we love: PLAYING LIVE! We’re stoked with our new single too. It’s got the Merc quirk, with grind-y guitars in the choruses, a swaggery tempo, it’s a return to our rock roots. Back To The Grind is going to be an unforgettable tour, we can feel it. We’ll be giving it our absolute ALL!”

Tickets for the Back to the Grind Tour are on sale now. For further information on all shows, go to www.thirstymerc.com.

Shifting Gears is out now through MGM Distribution

BACK TO THE GRIND TOUR
* Special guests Tequila Mockingbyrd

Sunday, 8 May 2016
The Triffid, Brisbane, QLD
Tickets available from Oztix

Friday, 20 May 2016
Marlin Hotel, Ulladulla, NSW
Tickets available from Oztix and the venue