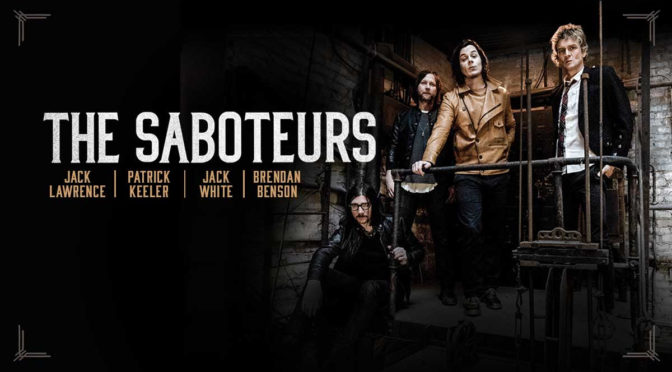 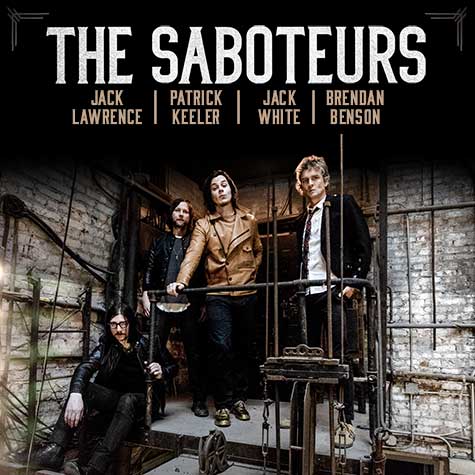 Frontier Touring are thrilled to announce Grammy-winning Nashville band The Saboteurs – Jack White, Brendan Benson, Jack Lawrence and Patrick Keeler (known outside of AU as The Raconteurs) – will perform three exclusive headline dates in Auckland, Melbourne and Sydney in April 2019. These will be The Saboteurs’ very first performances in Australia and New Zealand, and anywhere worldwide since 2011! Tickets are on sale Wednesday 6 March via frontiertouring.com/thesaboteurs.

With revered solo work and musical credits between them including The White Stripes (White), The Dead Weather (White, Lawrence), The Greenhornes (Lawrence, Keeler) and Blanche (Lawrence) – The Saboteurs’ are no strangers to critical acclaim. In December 2018 The Saboteurs made their long-awaited return, dropping two songs and their first new music in over 10 years. ‘Sunday Driver’ comes with a video directed by acclaimed photographer, filmmaker, inventor Steven Sebring. ‘Now That You’re Gone’ is captured by Beyoncé and Jay Z director Dikayl Rimmasch, its video featuring burlesque performer Gia Genevieve. Both tracks are out now via Third Man Records.

Making their debut with the rollicking 2006 single ‘Steady, As She Goes’, the Saboteurs’ debut album, Broken Boy Soldiers, entered the UK charts at #2, #7 in the US, #12 in NZ and #14 in AU. Off the back of singles such as ‘Broken Boy Soldier’ and ‘Hands’, Mojo chose the record as their ‘Album of the Year’.

With a confirmed new album on the cards, The Saboteurs are back – and not to be missed! Don’t delay in grabbing your tickets to The Saboteurs, live in Auckland, Melbourne and Sydney this April!

THE SABOTEURS
AUSTRALIA & NEW ZEALAND TOUR
APRIL 2019
Presented by Frontier Touring,
The Rock (NZ only) & Under The Radar (NZ only)

Also playing Bluesfest (not a Frontier Touring show). Visit bluesfest.com.au for more information.
Patrons are advised to purchase tickets only through authorised ticket sellers.
We cannot guarantee any ticket purchase made through any means other than
the official ticketing agents listed on the Frontier website.