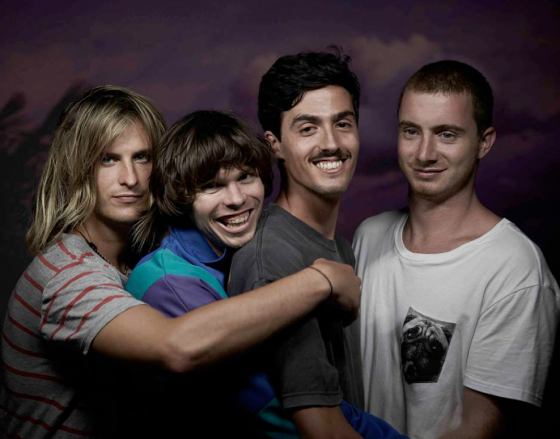 One of Australia’s most endearing indie-pop groups, The Lulu Raes, have unveiled their highly anticipated debut EP ‘All Our Parents Are Divorced’ featuring their most recent and widely embraced single ‘Never Leave’.

‘All Our Parents Are Divorced’ sees the upstarts creatively progress by combining the fun and fey indie-pop of Foster The People, The Kooks and Two Door Cinema Club melded with the grittier indie-rock vibes likened to The Pixies and The Strokes.

“Recording with Jackson Barclay at Coogees Yap Yap studios was a dream. You’d spend hours refining drum sounds with expensive mics, take a break and go for a refreshing dip down at Coogee beach rocks, buy a kebab snack pack, then back inside the studio hot box to record synths and guitars”.

Following on from what has been an auspicious journey, the band has worked tirelessly since their 2014 inception delivering a slew of undeniable singles that have all garnered strong support from tastemakers triple j, FBi and the worldwide blog community.

They’ve toured and shared stages with The Jungle Giants, Sticky Fingers, Dune Rats and DMA’s, and appeared at mainstay and boutique festivals Groovin’ the Moo, Blurst Of Times, Secret Garden, Lost Paradise and Festival Of The Sun.

To coincide with the release of ‘All Our Parents Are Divorced’, the band will tour through six cities, which includes stops in Melbourne, Sydney, Adelaide and Brisbane, and are excited to be visiting the Sunshine Coast and Canberra for the first time. Joining them on main support for all shows (excluding Adelaide) will be fellow Sydneysiders Wild Honey.