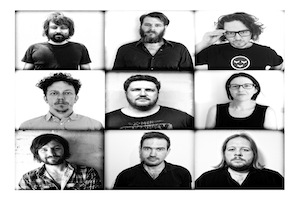 After flexing their weary music muscles during a triumphant December Ashes series, The Gin Club’s tenth anniversary year run fest shows no sign of letting up. They are back on the road in February and March for another run of shows about the place, and they’ll be giving fans a sneak preview of their upcoming fifth album, tentatively entitled “All Of Your Bases Are Now Under Our Control”. Thrillingly, they will be joined once more by prodigal Scandinavian all-rounder Ola Karlsson, who’s back in the country for another shot at the title.

In some extra special news, the band have now added a Brisbane show at The Underdog in Brisbane on Friday 14th March!