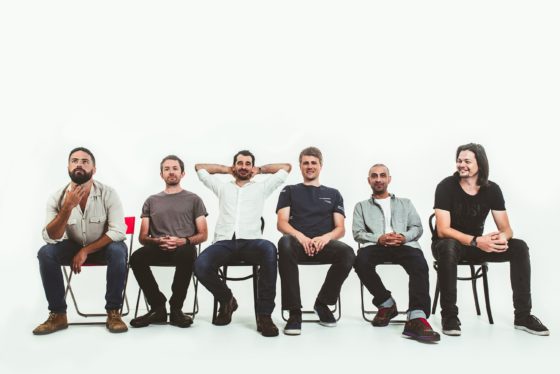 Beloved at home, and undoubtedly one of Australia’s most successful international musical exports, The Cat Empire debut the brand new track and video “Ready Now.” The opening salvo in a monthly series of releases across 2018 that sees the band tantalisingly unveil their amazing 7th studio album. Coinciding with another massive global tour, this slow reveal on the 1st day of each month is sure to have long-time fans around the planet fixed and waiting on each and every instalment.

Written by Felix Riebl and recorded over an inspired autumn session just outside of Melbourne with long-time collaborator and producer Jan Skubiszewski, “Ready Now” represents the past, present and future of The Cat Empire sound, giving notice of intent and announcing the forthcoming arrival of an album that is destined to be hailed as yet another masterwork in the band’s already impressive cannon of material.

The accompanying clip is directed by Dominic Allen, a long time friend of Riebl’s who lived with the singer above The GB Hotel in Richmond in the early days of the band. Allen first shot the band in 2004 when they travelled to Cuba to make their second album, the resulting documentary was included on the album’s special edition release.

The “Ready Now” clip which was shot in 360° gives the viewer the opportunity to choose their own unique view of the song, honing in on their favourite band member. The dome above the band members heads features a motion projection of Sean Scott’s Stingray photograph, the photographer whose image has accompanied the release of “Ready Now.”

As the song’s author Riebl describes, “The new Cat Empire single Ready Now began as an accidental one hand arpeggio on a keyboard with an obnoxious synth horn sound on. It turned into a hard hitting and fairly epic sounding fanfare that sounds like a dark marching band in flight. Lyrically it’s full of frustration and conflict, but the music gives it an edge of joy.”

A genre unto themselves, the sextet have scaled the heights of local and international success, punctuated by multi-platinum sales, Top 10 chart supremacy and multi-national recurrent radio domination, while all the while winning a frenzied and devoted global fan base with a sound that is uniquely Australian, but at the same time of no fixed address. It is this feel-good, smile-inducing blend that features strongly on “Ready Now” but also suggests the sound of an ensemble at the very zenith of the their combined musical powers.