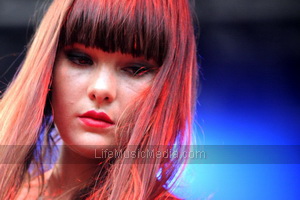 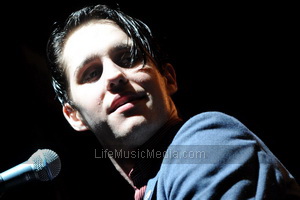 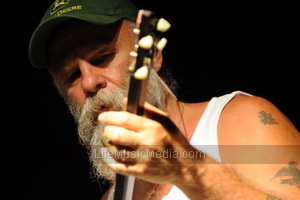 Interview by: Harro for LifeMusicMedia

Harro: Yves Klein Blue are named after artist Yves Klein’s famous IKB, a blue paint that does not lose its brilliance over time, which is a metaphor for your bands aspiration to create music that will never weaken with age. Whose idea was it to pick Yves Kleins masterpiece as the name of the band?

Charles: Michaels. I blame it all on him. I must admit, the analysis for the bandname has come up in hindsight, but it still seems like a good idea.

Harro: How does it feel to be touring with The Holidays whom are one of the bands that you look up to the most?

Charles: It will certainly be an interesting tour. I mean we’re going to Perth and Adelaide! We’ve never been there before, though I think the Holidays have. They’re hardened road warriors.

Harro: Who came up with the interesting name of the tour Immaculate Confection? END_OF_DOCUMENT_TOKEN_TO_BE_REPLACED

Brisbane’s tasty effervescent Yves Klein Blue and Sydney’s sweet astutely pop The Holidays will be touring the nation throughout October.

Yves Klein Blue’s clashy blend of classic pop, old punk, polka inspired ditties and indie rock have been gracing the airwaves and live audiences throughout 2008 with the EP “YVES KLEIN BLUE DRAW ATTENTION TO THEMSELVES” released through Dew Process. They recently played SxSW and Splendour In The Grass and have supported international bands such as The Fratellis (UK) and Tokyo Police Club (Canada) as well as a heap of others. This will be their last tour before they release their much anticipated debut album next year.

The Holidays athemic pop singles “Holiday” and “Telephone” picked up international play from self-titled EP released early 2008 through Liberation and saw them touring throughout the year with international bands such as The Wombats (UK) and Light Speed Champion (US) and festival appearances at Playground Weekender and Come Together Festival. The Holidays will be releasing new EP in October.

This double headline tour will see both bands rotating with a local opening support in each city. Something this delicious can’t be missed.
Cupcakes and other baked goods may be making appearances at each venue for early bird gig lovers!