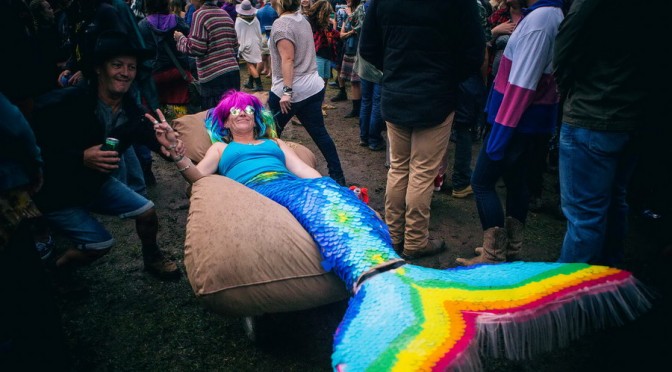 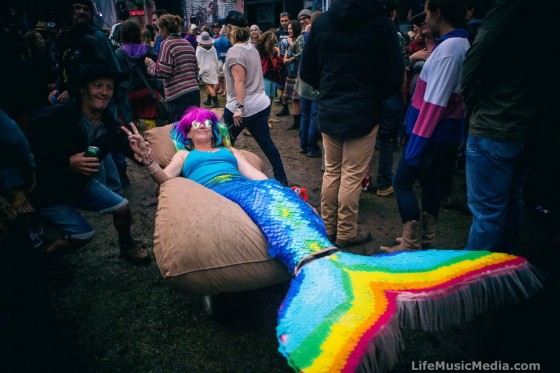 Walking into The Gum Ball for the very first time I admit I was unsure what to expect. Rain poured and lightning threatened to end the Friday evening before it even began. Looking around I saw all walks of life from hippies to couples as straight as an arrow and even a mermaid yes you hear right. The common link between all parties was calm, peace and tranquility. I must say from the outset this is the perfect family festival, kids were everywhere and very welcome. There were plenty of activities to occupy them as well. From skateboard ramps to open puppet theatre this was a very clever addition.
END_OF_DOCUMENT_TOKEN_TO_BE_REPLACED an American who recently moved to Hobart (ex Violent Femmes bassist Brian Ritchie) and created a surf rock record that should see Australia in general, and The Break in particular, usher in a resurgence of this laid back style of music. END_OF_DOCUMENT_TOKEN_TO_BE_REPLACED

END_OF_DOCUMENT_TOKEN_TO_BE_REPLACED 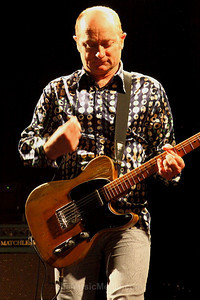 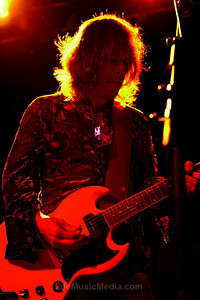 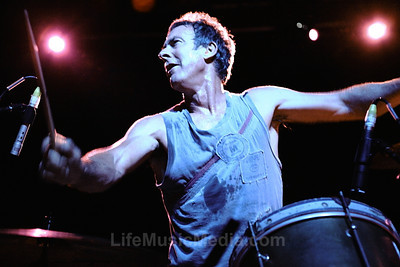 Following a stupendous introduction to Sydney fans in February, the band will return to The Annandale Hotel on April 11th to officially introduce their new album ‘Church Of The Open Sky’ released on April 16th on the independent Bombora label through MGM. On April 20th they’ll turn on the local Newcastle fans with a special show at Lizotte’s at Lambton. From there THE BREAK team up with their mighty mates The Hoodoo Gurus as special guests for select shows on The Gurus ‘Purity Of Essence’ tour. Being old mates expect the unexpected as the two bands hit the road for the first time ever!
END_OF_DOCUMENT_TOKEN_TO_BE_REPLACED

Review: Lana Harris
The Break was formed from three of the previously in-your-face-political pub rockers Midnight Oil (Rob Hirst, Jim Moginie and Martin Rotsey) plus the bassist (Brian Ritchie) from the grungy, always a bit teen-angst Violent Femmes. The love child spawned is nothing like its parents. Instead, it is a fun loving, apolitical coast dweller called The Break.

‘Cylinders’ is the pre release, first impression of the new creation. What is presented is a three and a half minute instrumental surf rock track. Surf rock? If you have ever seen a movie with teens at a beach shack party, circa 1960’s, you’ve heard surf rock. Remember ‘Wwwwwwwwipeout!’ Surf rock. It was repopularised for a while in the 1990’s – the opening credits to Pulp Fiction are overlaid with a revamped version of surf rock in the form of song ‘Misirlou’ and put the genre back into the population’s consciousness.

The Break’s postmillennial take on the genre has a heavier, deeper feel. Darkness washes across the laid back and loose vibes from the sixties, as though a man with sinister intentions is hiding amongst the palms that surround the beach shack party. There is a strong energy to the track, which explodes in your face like salt spray from a crashing wave. The Break thump straight into up-tempo, driving, full band participating music that ebbs and swells as the song progresses. The beach theme and vibes will continue with debut album Church of the Open Sky (released by Bombora Records) promising to be a mostly instrumental surf rock record with tracks named after famous surf breaks.

– The Break available at iTunes