A vibrant production, of swirling movement, soaring vocals and rolling accents all buoyed by the full swell of the 19 piece orchestra, West Side Story maintains an intense energy during the group numbers, but wanes a little during the solo pieces. Both Josh Piterman as Tony and Julie Goodwin as Maria were in fine voice, but the outstanding choreography easily stole the show.
END_OF_DOCUMENT_TOKEN_TO_BE_REPLACED 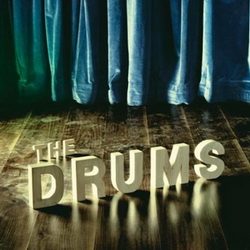 The Drums are a young band from New York City who – like The Strokes before them – received a lot of hype very early on. But as their debut EP, Summertime! And now eponymous debut album have proved, this indie pop quartet are more about basking in the sunlit glow of a California beach than being inspired by yellow cabs or shopping on fifth avenue.

The guys ooze retro cool and like Peter Hook’s bass playing in Joy Division and New Order, their sound makes an immediate impact gaining your attention quickly with its old-yet-fresh style. But it seems this quality is also the group’s pitfall because when spread out over 12 songs, it becomes too repetitively simple and the buzz does tend to wear off a little. Like summer itself, you miss it when it’s gone but after enough humid 40+ degree days you can’t wait for winter or at the very least, autumn.
END_OF_DOCUMENT_TOKEN_TO_BE_REPLACED