Available for a minimum donation of 84 cents (to cover Radiohead’s royalties and PayPal fees), the EP sold more than $15,000 worth in downloads and merchandise in under three minutes, but it didn’t stop there. Several different “bundle options” (including 450+ vinyl/t-shirt/button bundles, 100 packages that included hand-painted ukuleles, a one-on-one call with Amanda and more) and one thousand limited-edition vinyl LPs were sold out in under 24 hours. Less than a week later, all but one of the highest-end packages are gone.

The demand for vinyl is far more than the team expected & Palmer will be pressing another 1,000 copies – this time on transparent orange vinyl (the first edition of 1,000 were red). When those sell out, Palmer will field the fans’ demand and print another thousand on yellow, then green, going through the colors of the rainbow until they retire the project with a standard black release. The team will also, due to demand, unveil a new collection of bundles (including a new t-shirt design created by a fan, as well as digital download of a new music video of “No Surprises”, live performance footage, and more). In true DIY fashion, should a fan wish to add one of these new items to their pre-existing first-run-orders, Palmer’s team will be facilitating this personally via her message board, Twitter, and e-mail.

Tour News: Amanda Palmer returns to Australia in 2010
Amanda Palmer @ The Tivoli, 1 March 2009 : Photo Gallery
Who Killed Amanda Palmer? An Interview with the Queen of Punk Cabaret
Amanda Palmer – Returning To The Scene Of The Crime In ‘09

Time Off Brisbane wrote “Palmer is an amazing lyricist and composer. One of the best shows that The Tivoli has seen in a long time.”

Rip It Up in Adelaide echoed the sentiment adding “The entire night was an intimate sharing of stories and jokes…Have To Drive and Strength Through Music left the crowd speechless until their very end, some on the verge of tears as they applauded as loudly as possible.” END_OF_DOCUMENT_TOKEN_TO_BE_REPLACED 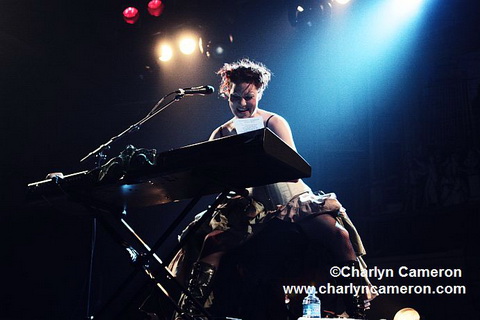 Related: Who Killed Amanda Palmer? An Interview with the Queen of Punk Cabaret [28 Feb 2009]


Lisa: Amanda, you originally started out busking, doing street theatre and performing as a live statue, how did you start busking and has this influenced your later work?
END_OF_DOCUMENT_TOKEN_TO_BE_REPLACED 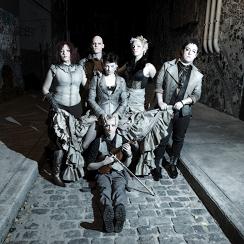 It’s with delight The Frontier Touring Company confirms Amanda Palmer will tour Australia and New Zealand in March. Following 2007’s maiden solo voyage to Australia, Amanda will return along with The Danger Ensemble to perform in Brisbane and Melbourne, in addition to playing her first ever official shows in Adelaide, Perth and Auckland.

A one-woman machine, The Dresden Dolls’ Amanda Palmer is a rock musician, artist, writer, political activist and more. With a penchant for the complicated, Amanda Palmer’s debut solo outing Who Killed Amanda Palmer (out now through Roadrunner) snowballed from a small idea into a project that’s nothing short of brilliant.

Who Killed Amanda Palmer sees our fearless heroine weaving together the many threads of her personality, her interests, her extensive artistic family, her astute, witty world observations and END_OF_DOCUMENT_TOKEN_TO_BE_REPLACED