Back for another glorious lap around North Byron Parklands, Splendour in the Grass never fails to act as the exploding Supernova star, scattering dazzling sideshows all over Australian venues for a few sweet weeks in July every year.

2019 will be no different as music lovers across the nation jump behind their telescopes and prepare for an influx of international asteroids. Here we go…

An absolute math-rock juggernaut, FOALS will arrive in Australia in the middle of a creative frenzy that has produced not one, but two new records. Everything Not Saved Will Be Lost (Part 1) was released in March, with Part 2 to follow later this year, signalling a return to the spasmodic angles of their debut Antidotes while simultaneously going further off-base than ever before. Support for these already gargantuan dates in Sydney and Melbourne will come courtesy of undulating indie rockers WARPAINT.

No strangers to the Australian way, UK rockers CATFISH AND THE BOTTLEMEN return to their second home with a brand-new album stuffed in their backpacks. Slated for release in late April, The Balance will be the third release for these much-loved rabble rousers and, if singles ‘Fluctuate’, ‘Longshot’ and ‘2All’ are anything to go by, we’re in for another addictive collection of area-sized classics.

A voice as recognisable for sonorous quality as it is for frequent reinvention, JAMES BLAKE returns to the Southern Hemisphere on the back of the strongest record of his career in Assume Form. Appearing in Melbourne and Sydney, Blake has hit his straps musically and personally, allowing his devoted fanbase a glimpse into his innermost thoughts on his deeply intimate fourth record. Still riding the faders, pushing the envelope and questioning the listener with his knack for digital manipulation, it’s the beating heart ensconced within the tracks on Assume Form that will make these Splendour side-shows an unforgettable experience.

THE STREETS
PRESENTED BY SECRET SOUNDS

After retiring THE STREETS in 2011 following 6 classic studio albums and countless unforgettable singles (see: ‘Dry Your Eyes’, ‘Fit but You Know It’, ‘Don’t Mug Yourself’… the list goes on), the man with the golden voice spent 2018 dusting off those old skills and selling out shows all over the UK and Europe. Having released several new tracks and with those revolutionary tunes on tap, Mike Skinner will play massive sideshows in WA, VIC and NSW – where it all started as he recorded raps and beats into his laptop in a Sydney youth hostel in the late 90’s.

A maelstrom of unstoppable energy and gloriously familiar sounds, Scottish indie legends FRIENDLY FIRES return to Australia for the first time in 6 years. Touring on the back of their anthemic crossover anthem Heaven Let Me In, Ed Macfarlane, Edd Gibson and Jack Savidge will arrive in Australia at the peak of a career renaissance few saw coming, but none would deny.

Rolling up for shows in Fremantle, Adelaide, Melbourne, Newcastle and Sydney will be LA skate-punk heroes FIDLAR. In town for the first time in a long time, these rabble-rousers are celebrating the release of their third album, Almost Free. Merrily lead by vocalist Zac Carper. FIDLAR keep their tongue firmly in cheek as they mine influences far and wide to create a riot of bubble-gum riffs and personality. Described by The Guardian as “dumbness close to genius”, their shows are as unpredictable as they are unmissable.

For two special sideshows in Melbourne and Sydney, English MC LITTLE SIMZ will be showing audiences exactly what all the fuss is about. Her third studio record GREY Area was released last year and has whipped up raves worldwide, with Pitchfork calling it “wondrous” and the NME proclaiming it the best rap record of 2018.

One of the most daring artists in dance music today, London-based duo MARIBOU STATE will hop off the Splendour tour bus for two huge shows at Melbourne’s Forum and Sydney’s iconic Opera House. Beginning life as in-demand remixers (they got their first big break as 16 year-olds with a mix of indie band Hadouken!, going on to remix the likes of Fatboy Slim and Lana Del Ray), Chris Davids and Liam Ivory dedicate a tireless work ethic to the art of recording and touring. The result is two hugely popular records (2015’s Portraits and last year’s Kingdom’s In Colour) – both masterful studies in the dynamics of electronica coupled with the warmth of live instrumentation.

A scintillating slow burn, TYCHO has spent the last 15 years perfecting an intoxicating vein of rich, vocal based electronica, which he will bestow on Melbourne and Sydney audiences this July. Known to his friends as Scott Hansen, this American master-of-trades is also adept in photography and design, but he really excels when whipping up beds of chillwave atmosphere, such as on his 2016 record Epoch – which was nominated for the Best Dance / Electronic Album at the 59th Grammy Awards.

If you distilled California into soundwaves and vibrations, it might resemble the sonic and spiritual interplay of Los Angeles quintet LOCAL NATIVES. Having progressed their sound over the course of four full-length albums, Gorilla Manor, Hummingbird, Sunlit Youth and most recently their forthcoming album Violet Street – an ode to LA and the spirit city in all of its widescreen splendor.

Returning after leaving us all in his wake last year, English boy-genius SAM FENDER will take in sideshows in Sydney, Melbourne and Auckland on the eve of the release of his much- anticipated debut record. Winner of a 2019 BRIT Award, Sam takes his lyrical cues from the likes of Billy Bragg and Paul Weller while his musical brush streaks the canvas of fellow Splendour alumni Foals and Warpaint. His searing honesty is evident in key track Dead Boys.

A warm blend of addictive electronica and lush harmony, English duo HONNE are one of the most talked about acts on the planet right now. Their first two records Warm on a Cold Night and Love Me / Love Me Not have made them festival favourites around the UK and Europe and frequent collaborations with K-Pop King RM have sent the hype machine into outright overdrive. Having just completed sold-out tours in Asia and North America, HONNE will be at the peak of their powers for their first ever Australian shows in Melbourne and Sydney.

Armed with a voice that could stop a semi-trailer in its tracks, British singer-songwriter JACOB BANKS will unleash his considerable talents at dates in Sydney and Melbourne as part of Splendour’s sideshow blitz. Having recently released his debut album The Village, this soulful, mesmeric, miracle maker has taken in millions of streams, talk show appearances and huge festival appearances like they were second nature. His tracks ‘Unknown (To You)’ and ‘Be Good To Me’ showcase a deep, sprawling baritone that has to be seen and heard to be believed.

A whole mess of fun in the vein of The Velvet Underground, Bob Dylan and The Strokes, North Carolina natives THE NUDE PARTY will bring their effortless guitar pop to intimate venues in Melbourne and Sydney. Getting their kicks as teenagers in Brooklyn, these unstoppable forces of energy recently released their debut self-titled album and have maintained a jam-packed touring schedule ever since.

A power-pop explosion of melody and youthful urgency, Brooklyn’s CHARLY BLISS continue the New York migration as they take in some choice Splendour side-shows. Breaking things wide open with 2017’s Guppy (a record labelled by The Onion’s AV Club as “an instant classic”), this sparkling 3-piece are on the verge of releasing their hotly anticipated second record Young Enough and are positioned to go stratospheric in 2019.

Brooklyn’s PHONY PPL offer a round-the-world adventure on a multi-genre flight. Children of musicians with a world of sound at their fingertips from birth, this 9-piece hydra take all they’ve learned, pop it in a blender and rejoice in what is produced. Hopping off the Splendour train for shows in Melbourne, Sydney and Auckland, Phony Ppl are riding high on the release of their latest album mō’zā-ik, which was released last year and catapulted them into the hearts of critics and fans alike.

THE MIDNIGHT
PRESENTED BY SECRET SOUNDS

Sometimes dark, sometimes sunny, a synth and sax-heavy experience with one foot in the glory days of nostalgia and one in some post-apocalyptic future, THE MIDNIGHT are coming to Australia for the first time for Splendour and branching out for some tasty sideshows in Sydney and Melbourne. This duo are as prolific as they are mysterious, releasing several EP’s, LP’s and remixes over the last few years and carving out a passionate and sizable niche. 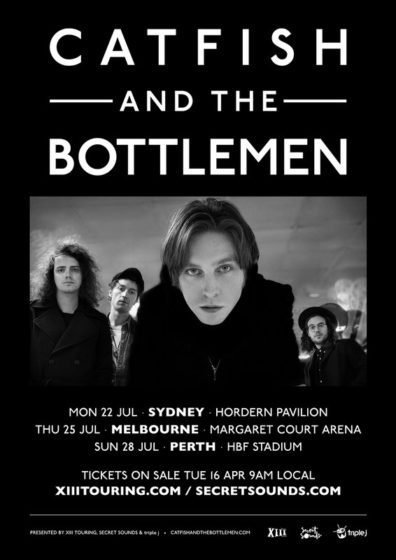 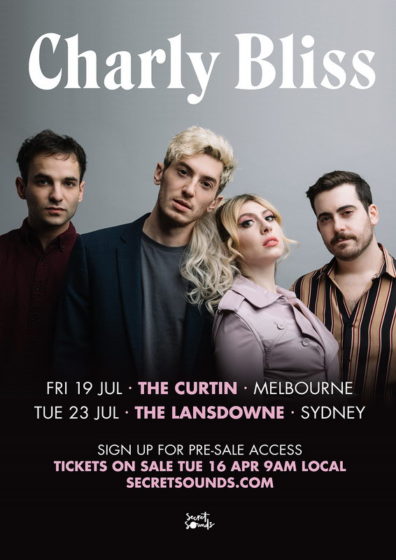 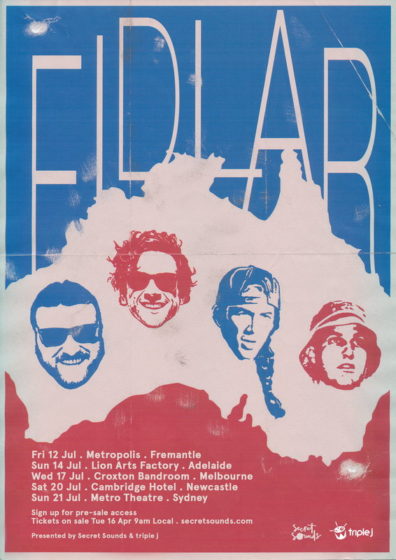 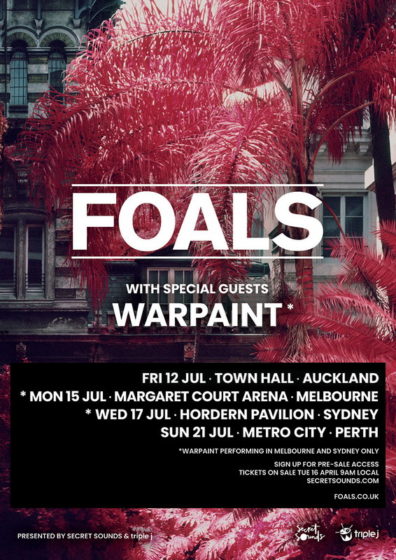 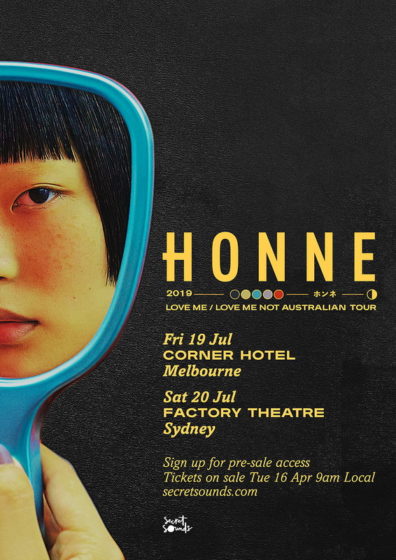 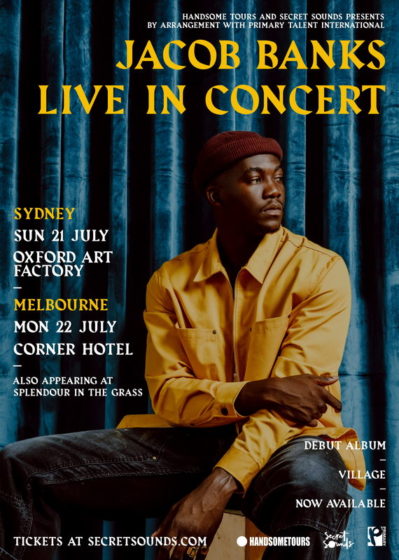 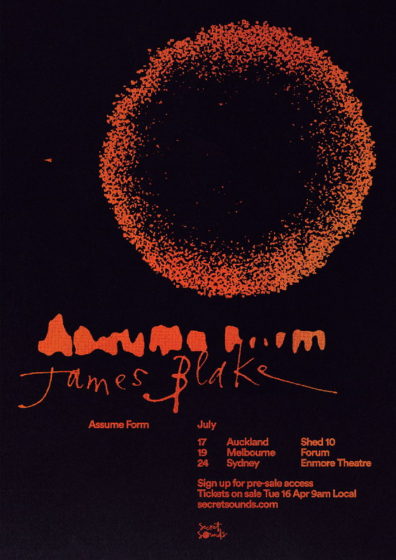 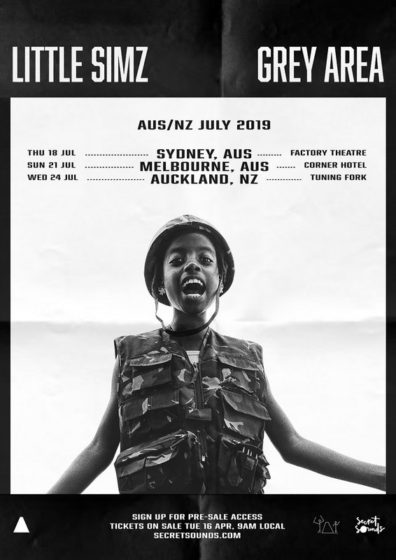 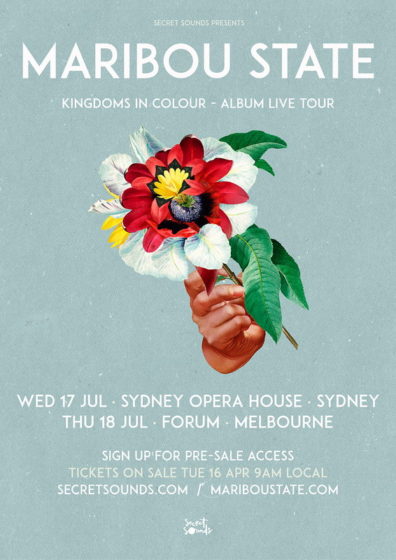 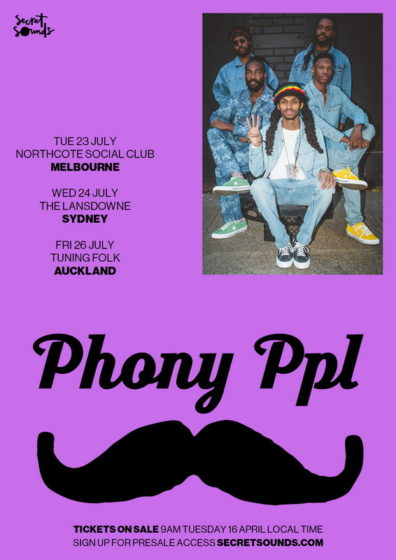 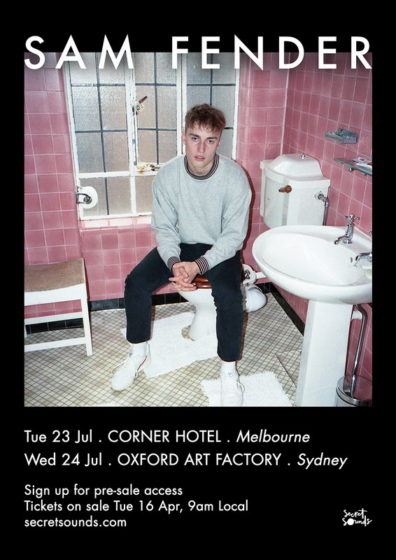 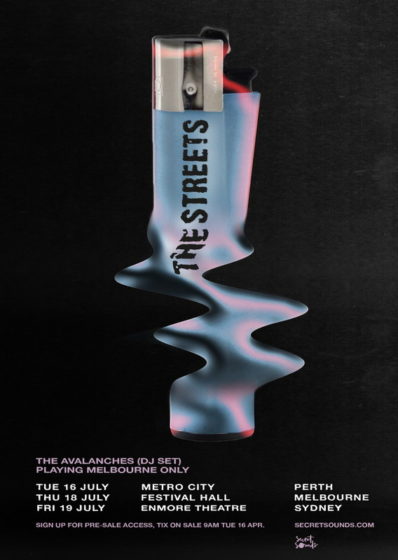 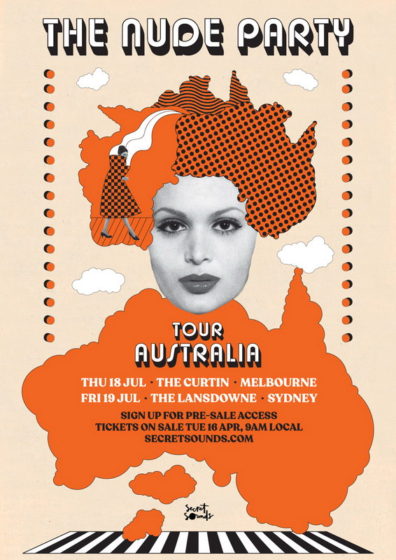 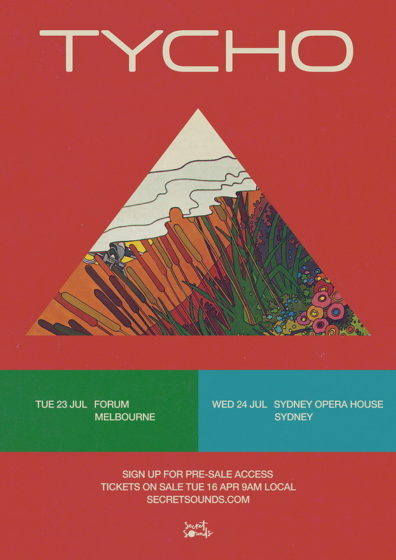