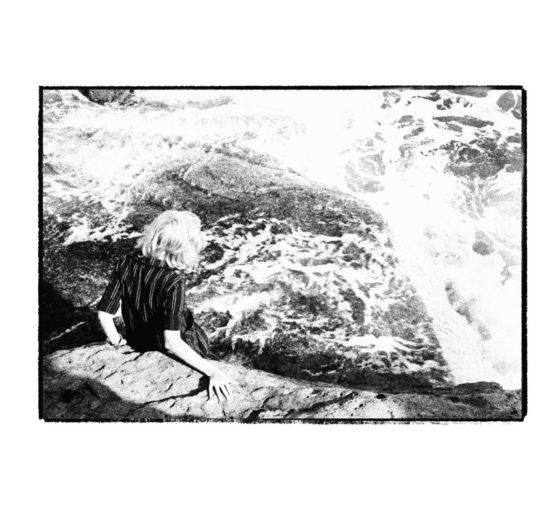 Formed in 2012, Nostalgist is led by Asa Eisenhardt (vocals and guitar). ‘Disaffection’ follows ‘Of Loves and Days Ago’ (2015) and 2013’s ‘Monochromantic’ EP, which was engineered, mixed and mastered by Jack Shirley (Deafheaven, King Woman, Tony Molina).

Recorded and mixed throughout 2016 and 2017, every track on ‘Disaffection’ features great contributions by renowned drummer Aesop Dekker (Khorada, Worm Ouroboros, Extremity, ex-Agalloch). More recently, in the fall of 2017, Alex Entrekin joined as the new drummer, building on Dekker’s crushing performances while bringing nuances and twists all his own. Monte McCleery (also of Seattle funeral doom outfit Un) is currently filling in on bass.

Asa Eisenhardt comments on ‘Smoldering Amber’: “This is the most lyrically intimate thing I’ve written to date. As with many of my songs, it chronicles the beginning, middle and end of some manner of relationship, but here the words are especially dramatic (even for me, ha) and visceral. Infatuation is the most central theme. The instrumental arrangement emphasizes a dub rhythm in the verses, and I expect that influence to become even more prominent in future material. Dub was an enormous influence on ’80s post-punk, so following the throughline from bands I hold near and dear as influences (Comsat Angels, The Chameleons and Killing Joke to name but a few) and investigating that sound continues to be a natural progression for me.”

“At the same time, I do my best to really blend things up when I write, and both the mix and contrast of the heavy and the ethereal in “Smoldering Amber” is easily the most pronounced of the songs on Disaffection. The verse section is minimal and grooving, but the chorus is huge and lumbering. The bridge is fragile and deliberate, the outro is hard-charging, uptempo and intertwined with synth melody. Dynamics are another dimension of musical color one can explore and manipulate, really. All in all, I think this track is especially exemplary of our elemental makeup“.