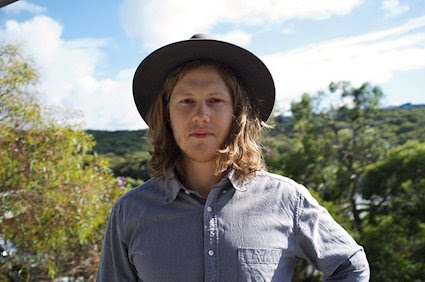 “‘Voyager’ is an introspective work that touches on society, relationships and loneliness in a perpetually connected world,” says Matt “Throughout the runtime it arcs from a darker sounds and themes to brighter uptempo tracks, which is also mirrored through the album art and lyrics.”

Matt has that quintessential ingredient to success; the enviable “toe tapping effect” according to Triple J presenter Zan Rowe. His music background stems from a love affair of classic rock. Inspired by the legendary guitar stylings of Johnny Marr and Tom Morello, Matt developed an obsession for nailing iconic riffs to perfection from an early age on his trusty Epiphone Les Paul.

Voyager was recorded in a bedroom studio comprised of a variety of equipment and instruments. Matt chose to challenge himself artistically by minimising the use of lead guitar to highlight his velvet smooth vocals and lyrical content, whilst also exploring keyboard stanzas and synths. He taught himself how to replicate various band roles throughout the creative process; having written, recorded and produced the project entirely solo, with the aid of Andrei Eremin for the final master.

Single releases include Voyager, Doing Fine and In the Sun. The opening title track, Voyager is lyrically based on a sci-fi story narrative, dealing with the sombre themes of self sabotage. It plays on musical elements inspired by the Gorillaz and Daft Punk, set to a undeniably catchy baseline. Doing Fine shares a personal account of losing friendships to drug use. It beautifully highlights Matt’s skilfull guitar work with Modest Mouse and Joy Division influences

In the Sun is a reflection of how one can feel completely lost in life, but still find comfort and solitude through being happy in love. The way the dreamy soundscape swells and quietens meets somewhere between Washed Out
and Phoenix.

Through their distinctly catchy tunes and Matt’s ridiculous shredding skills, they received airtime on Triple J, Unearthed plus regular gigs at highly acclaimed venues such as The Toff In Town, The Workers Club, Prince Bandroom, The Espy, The Evelyn and the Northcote Social Club.

After five years, the Young Maverick holiday finally came to an end. However, Matt’s insatiable appetite for creativity solidified his desire to exhibit his own personal musical interests under the moniker Purkinje.

With current plans to bring the Voyager EP to a venue near you in late in 2018, Purkinje is definitely one to watch.