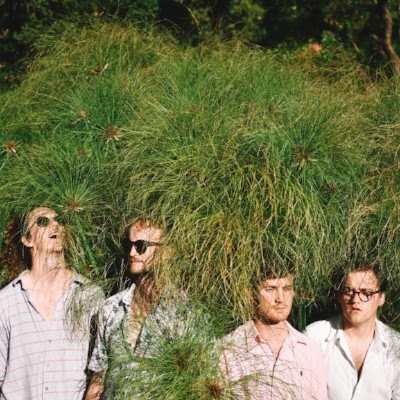 2018 has proven to be a fruitful one for Adelaide four piece Neon Tetra, as they have continued to develop as a band behind the scenes while on live stages, they have flourished into a formidable groove machine. From supporting UK superstar Robbie Williams earlier this year, to celebrating the release of infectious single ‘The End Begins Again’ with successful shows, all roads have led Neon Tetra to this point: the release of their long awaited debut EP, POLLEN.

As the band explains, POLLEN is the result of what had turned into a glorious melting pot of musical influences; not restricted by decade or genre specifics, Neon Tetra have brought their own individual backgrounds together in making a record of music that should come with a warning… Contains Catchy Hooks and Solos. “Dan wrote a lot of tunes while listening to artists like Miles Davis, Marvin Gaye, The Supremes…the soul funk shines through with Josh’s gospel-like vocals lending themself passionately to the feelings of the Motown era. The use of synth and strong grooves links the band’s more experimental beginnings with current pop tones of the music.” – Neon Tetra

Recorded and mixed at Adelaide’s Deep Blue Studios with Reid Jones and mastered by Mike Marsh (Oasis, Phoenix, The Avalanches) at The Exchange Studios in London, the sounds of POLLEN are refined and delivered with the finesse of a band who have been taking their approach to their craft to the next level. The horns boost the upbeat vibes, while the use of synths – though not unfamiliar to the Neon Tetra fold – have been executed with slick precision that is going to prove irresistible when brought to the live arena.

Working with longtime collaborator and filmographer Jack Fenby on their brand new music video for the EP’s title track, Neon Tetra have continued to push a love for the quirky and the delivery of visuals that are very much in line with what fans have come to expect from the Adelaide favourites. “The first thing that came to my head when hearing the word ‘pollen’ was sunflowers. I wanted the boys to be like sunflowers in a garden bed. We filmed in the Botanical Gardens; no fast cuts and over-editing. The flow of the song doesn’t need it. I watched a movie called Barry Lyndon a couple of months before this. Heaps of slow zooms – loved it. One of the best shot films ever. I wanted to recreate that and bring back the corny long zoom.” – Jack Fenby

With the release of POLLEN this month, comes a brand new Neon Tetra live show, primed and ready to go. Through August and September, the band will be touring the EP down the east coast; the only question you need to ask yourself is… Are you ready? Neon Tetra definitely are.