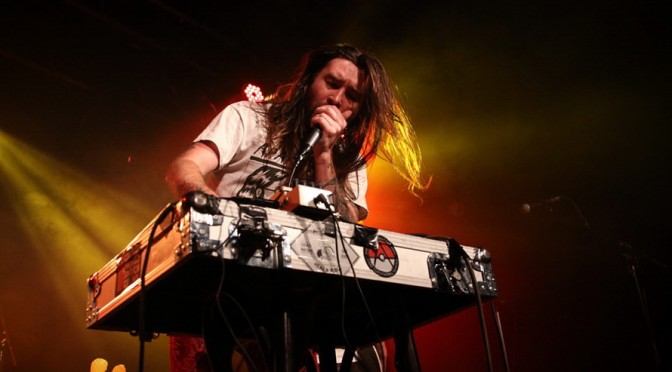 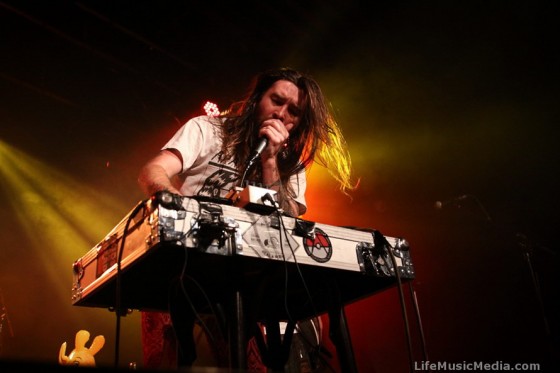 If a word-cloud was done on The Bennies’ song lyrics, it would be a short but exhilarating list. With a subject matter focussed almost exclusively on hedonistic pursuits, the lyrics rarely venture outside the life of of a constant party, and the best ways in which to get there. The band’s live show is a perfect personification of that single-minded pursuit; their sold-out hometown gig at Max Watt’s to kick off their triumphant national tour is a masterclass in shambolic, euphoric pleasure seeking. And it’s as intoxicating as the substances they croon about.

Earlier sets by Axe Girl (angular and sparse) and Clowns (emphatic and bombastic) whiz by and are interspersed by deliberately cheesy sing-a-long pop classics from yester-year. The sound-check setlist is rarely considered a highlight of a gig, but when the songs selected perfectly meld into the theme of the night and are seemingly presented without irony, it all adds to the equation. Besides, what’s better than watching a tangled sweaty mess of preppy young men and women, balls-out punk rockers, and middle aged thrillseekers all standing in a beer or toilet queue belting out ABBA classics like their life depended on it? It’s topped off by the ear-worm inducing DJ Ortiz ‘hit’ Hey! Baby! (you know the one: “Heeeyyy, hey baby! I wanna know, if you’ll be my girl. Ooh. Ahh”) as walk out music, and from that moment you know this isn’t going to be any regular gig.

The Bennies are not breaking the bank musically; they walk on stage firmly ensconced on the shoulders of ska giants. They sit comfortably on the punk side of the spectrum, but deviate little from the script, aside from replacing the usual horn section with an occasional trombone accompaniment, and the electronic musings of front-man Anty Horgan. But where they may lack in musical ingenuity, they more than make up for in spirit and energy. A trio of songs – hooked by the chugging power pop of Detroit Rock Ciggies – sets the pace at frenetic straight up, and from there it hardly lets up.

Shared singing duties with bassist Craig Selak gives Anty unencumbered free reign over the stage for large chunks of time. And like a toddler with ADHD, he finds ever more daring and jittery ways to work off the nervous energy, never spending more than a second or two in the one spot. The narrative driven Highrider plays out another vignette of an addled night, while My Bike provides a silly temporary diversion from the partying and bongs.

A cover of legendary satirical band TISM’s (He’ll Never Be An) Old Man River sees the hilarity ratcheted up a notch with the addition of the band’s Damien Cowell. In a resplendent bespoke suit, Cowell hams it up like only he knows how: standing stock still, chin raised and eyes closed during the verses, to suddenly come to life in the choruses, gripping the microphone and striking crooner poses which would make John Farnham blush. It’s a match made in heaven for the two bands, enthralling the grey brigade at the back of the room, and perplexing the younger crowd sweating it in the mosh. From there it’s a swift gear change into overdrive for two of the best set closers money can buy in Party Machine and Knights Forever, and it’s only too clear that this party is far from over for this quartet.

Headliner on the night – THE BENNIES – Photos here… 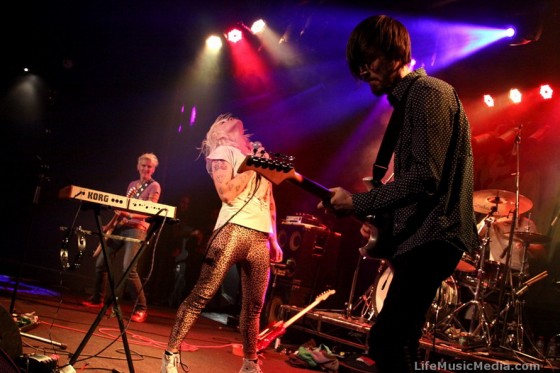 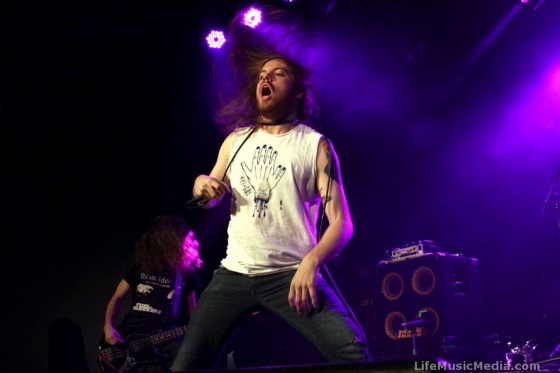