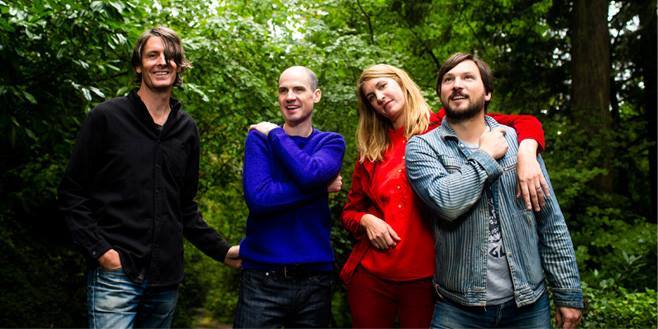 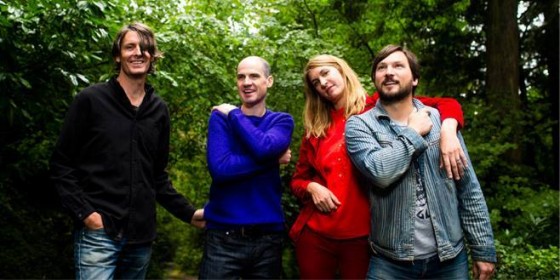 There’s a somewhat delicious irony to the longevity of the slacker indie rock of Stephen Malkmus. First in the iconic 90s indie kings Pavement and now with his own band The Jicks, the slacker lo-fi ethos portrayed belies the studied industriousness of the bands, who combined are now well into their third decade in existence.

The Jicks moniker enjoys a special place in the Australian indie landscape, with numerous tours and festival appearances assuring that the admiration is mutual. Benefactors of this would surely be Melbourne’s The Twerps which opened proceedings for The Zoo Twilight show on Friday night.

The quartet could easily have stepped straight out of an early-morning Rage or Recovery clip circa 1998. There’s devastating simplicity at play on the stage as enigmatic high-end guitar strumming flits and lilts around deceptively familiar melodies and achingly earnest lyrics. They proudly wear their influences on their sleeves, with Flying Nun, The Cleans and The Go Betweens all but namechecked in this lovely collection of angular pop. With a run now of seriously on-point support shows (Belle and Sebastian, The War On Drugs among them), it’s only a matter of time for this band to be championed.

A weird vibe was noticeable throughout the crowd as the sun set on the pleasant eve. It’s a vibe unique to the picnic-rug dominated settings, where a crowd flits between stage activities, the vagaries of picnic rug etiquette and the demands of over-excited toddler wrangling. It manifests itself in a crowd which is looking askance during the songs, and mysteriously quiet between songs.

It’s a vibe abundantly felt on stage, with between-song banter taking on the edge of self-conscious self-depreciation. For such a svelte man, Stephen Malkmus is an imposing figure, and his eclectic asides and jibes makes it feel at times as if we’re part of one big joke, while at other times as if we’re the butt of it.

Despite the keening awkwardness, the songs are left to speak for themselves. And they falter little in displaying the adept touch which has forced Malkmus and his multitude of bands to the fore of intelligent pop-rock. Early set highlights were Cinnamon and Lesbians and Out of Reaches, both of which hit the nail on the head with infectious pop grooves, neat lyrics and swaying outros heavy on the clean guitar solos with excitable pops and quips as punctuation.

Jenny and The S Dog is a nod to early Jicks fans, with a lackadaisical delivery complimenting the beauty of this track. It’s a lyrical gem – that of an older hippie dude dating a younger college student girl, and told from three perspectives: that of the guy, the girl and, charmingly, the couple’s pet dog desperate to escape the cloyingly surreal relationship. Live, it’s almost transcendental as the quirky slice of life narrative transports the listener.

Still, it wasn’t until the hasty encore that the crowd got over itself enough and had a bit of a groove. An end set crash or crash-through treatment of Pavement favourite Summer Babe kicked it up a notch, leading to a truly surreal moment: a kid being hoisted up on shoulders and taking the opportunity to completely get lost in the moment, fist-pumping and thrashing with the groove. It was enough to break the crowd-band tension and gave an early leader in the Dad of The Year nominations.