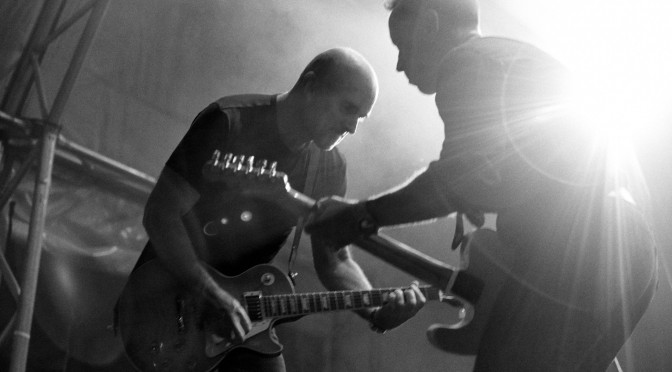 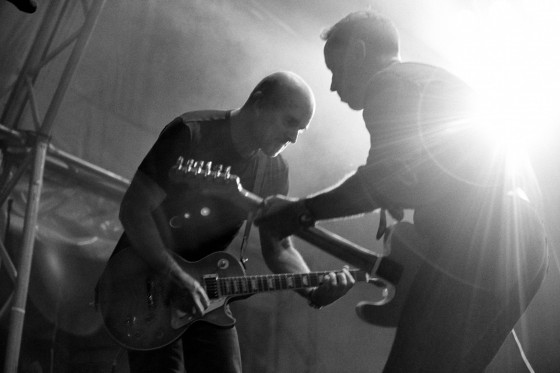 Watching a legendary artist grapple with a formidable back catalogue can be a frustrating affair for a fan. It can almost be described through a stages of grief process: at first denial – burying the songs begrudgingly down the setlist in the hopes that newer works get due recognition. After that comes the anger – deleting songs from the setlist completely in a vain hope of erasing them from the collective memory. Bargaining and depression swiftly follow – where the artist reinvents or reworks the songs to placate the hordes. Audiences hold out for the last stage of acceptance, where the original brilliance of the songs are embraced and delivered with a straight bat.

It’s a process which Mark Seymour seems to be still working through, sadly, with the now considerable era-defining Hunters and Collectors canons seeming to be a cross to bear for his new outfit The Undertow at Melbourne Zoo’s Twilight Series. They wrangle the need for giving the audience what they want, while not wanting to come across as a Hunners-lite. It’s a wrangle that, sadly, doesn’t quite pay off.

Wrangling of a different kind also defines of Ben Salter’s opening slot, with the full-band outfit having to lurch headlong through a hangover fuzz to deliver his slice of life narrative. And it pays off with serious dividends, with the difficulties of a sunset opening slot on the picnic rug gig circuit being overcome and an engaged audience respecting the Melbourne-via-Brisbane artist. He’s seemingly at home with any stage format – Salter is much renowned for his chameleon-like musical endeavours ranging from solo pub-acoustica through raucous punk, hillbilly blues and genre- and instrument-swapping ensembles. But it’s his latest solo effort The Stars My Destination which calls for the full band treatment, this time with a mini-supergroup of Seja Vogel on keys, Dirty Hand’s Arun Roberts on bass and Something For Kate’s Clint Hyndman on drums. The effect is mesmerising, with Boat Dreams a stand-out, along with the quip on Brisbane’s nightlife in West End Girls.

Mark Seymour & The Undertow’s set takes up where Salter’s leaves off. Modern suburban fables (Football Train) are interspersed with social justice issues such as asylum seeker rights (the impeccable Two Dollar Punter). Both of which are early set highlights which showcase the freedom and strengths the 4-piece affords the troubadour. With the addition of Seymour’s more than capable daughters on backing vocals, the sound is altogether familiar, yet unrestrained and somewhat unencumbered by the behemoth juggernaut which became of the Hunners in its later years, and through the brief reformation.

It’s this freedom which raises an eyebrow early on, however, with a stripped back and reworked When The River Runs Dry. It’s a little flat, and the slightly twisted melody all but warps the familiarity and warmth from it, but never mind. It’s a cracking tune, and the bones of it still seem solid even to this day.

The set once more cherry-picks from what has become a solid post-Hunners body of work. Courtroom 32 is a shanty tune telling the story of the mixed bag of derros and hard-arses down at the local magistrate’s court. Its modern colonial ditty vibe makes way perfectly for a love tune to a lost soul in a great town, Castlemaine.

The wrangling is in full swing for arguably Seymour’s biggest skeletons Throw Your Arms Around Me and The Holy Grail, both delivered mid-set. The songs are easily some of the best rock anthems produced, but a seemingly self-conscious singer reigning them in is somewhat anathema. It’s like driving a souped up V8 with the handbrake firmly on – you can feel the strength behind it, but it’s truncated and stymied. The effect is immediately noticeable around the manicured lawns, with a subdued response and minimal crowd feedback to the stage.

And more’s the pity, as the post-Hunters songs are true gems, which are not currently being allowed to step out of the shadows of their giant cousins. Westgate not only tells the heart-breaking story of the infamous bridge collapse, but it also showcases the solid guitar work of Cameron Mackenzie. A cover of The Pogues’ Lorelei allows for unashamedly cute harmonizing between Dad and daughters, while the uplifting Carry Me Home and Home Free are second to none in bringing late-set joyousness. They’re great tunes, and truly masterful late-career efforts. If only they could be allowed to stand on the shoulders of their forebears, rather than having their forebears be cut down to size.