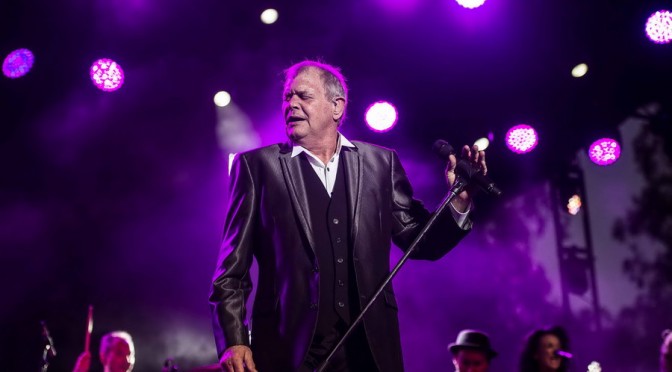 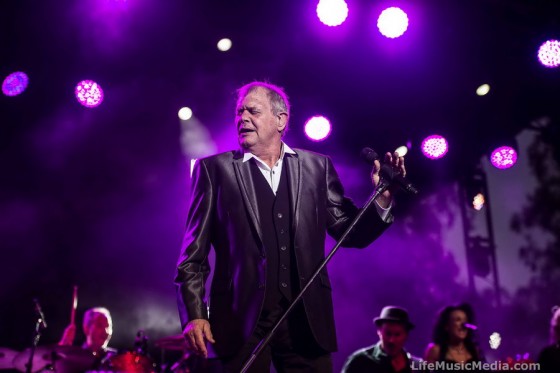 Nestled in the middle of Victoria some 90 minutes from the Melbourne CBD and around an hour from the New South Wales border is Mitchelton Wines a new addition to the A Day On The Green success story. New to the area and driving down from NSW I have to say it was an easy trip. The crowd around 6500 was parked and settled with ease. For the first time in years an abundance of volunteers and people assured this success a big tick in my mind. The walking distance from parking to the venue was less than 500 meters again another big tick. Inside the line up was guaranteed to be a success.

Moving Pictures kicked off with a crowd-pleasing package highlighted with some gems from the 80’s iconic album ‘Days of Innocence’. Alex Smith talked to the audience like some friends chewing the fat down at the local. Apart from introducing the songs he also assured the crowd a good time was to be had but he couldn’t guarantee the weather. Highlights of the set was the large crowd joining the band in “What about me” and a killer version of Springsteen’s “Born to Run” a real surprise. The band itself was enthusiastic as ever, Smith is still able to jump around the stage, a great opener to the day.

Russell Morris took the stage and gave the audience a comprehensive tour of Australian rock music and history thanks to the crowd-pleasing set-list he had put together. Morris has spent the last 5 years producing three memorable blues and roots albums Sharkmouth, Van Diemen’s Land and the latest Red Dirt-Red Heart. Each song took the listener through some notorious Australian events and often under celebrated history. Also included on the set-list were the classics “Sweet, sweet love”, “Wings of an eagle” and “The real thing” during this song Morris was joined on stage by its producer Ian Molly Meldrum who joined Morris during the chorus. The crowd was on its feet and confirms Meldrum as one of Australia’s favorite icons.

Kate Ceberano charged onto the stage with “Pash”. Looking fantastic informing the audience she was “50 not out” inviting the crowd to join the party. The set-list was a tribute to the fallen from a haunting version of Leonard Cohen’s “Hallelujah” to Prince’s “Raspberry beret”. Ceberano also took time and celebrated an audience members birthday with an intimate version of her hit “Brave”. A disco extravaganza including “Heart of glass” primed the audience for the man of the hour.

John Farnham took the stage in a tailored grey suit complete with his 8-piece band. Opening with “We will rock you” moving promptly into “Reasons” it was a night of hits and the audience come to expect this. Throughout Farnham’s almost 2-hour set all the hits were there “Touch of paradise”, “Talk of the town” and “Burn for you”. Farnham was funny, modest and entertaining no surprises there. Every person needs to experience “You’re the voice” live at least once in their lives. For me the four back up vocalists headed by Lindsay Field and Lisa Edwards was a highlight.

Now the acid test, leaving the venue and getting home. No stress really I was out within 15 minutes and for these events that must be some sort of a record. Overall a great venue, well received by the crowd and the acts. I personally am looking forward to returning for another event in the near future.

Photo Gallery : Crowd at A Day On The Green, Mitchelton Wines, Nagambie – 18 February 2017 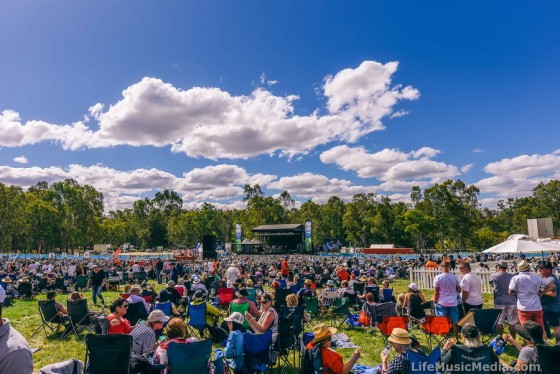 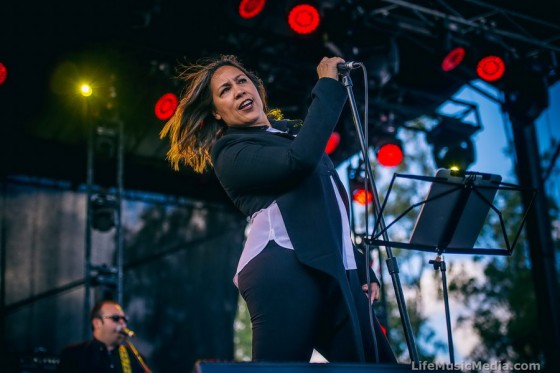 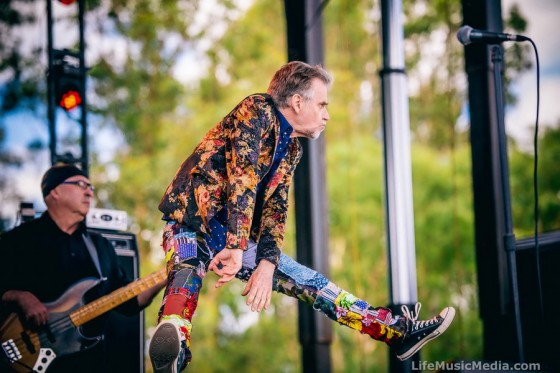