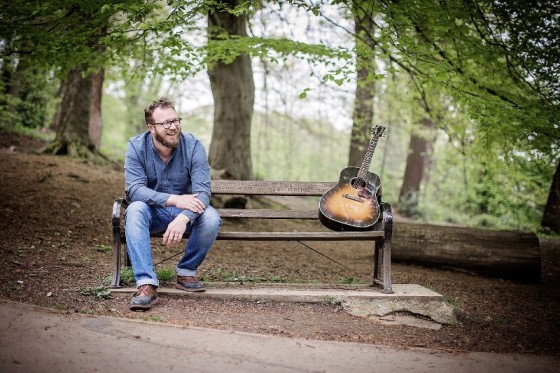 UK indie rock stalwarts Gomez have always been a study in human Tetris when it came to its live shows. With three singers and guitarists, keys, bass and drums (as well as a revolving array of touring musos), their stage show was a beautiful cacophonic mess.

Starkly contrasting with this is the sparse stage at the Northcote Social Club awaiting Ben Ottewell as he paraded his second solo effort since the indefinite hiatus of his band. Armed with just a couple of Gibson acoustics, a ripping yarn or two, and that booming voice, Ottewell proved that even stripped back, his music holds some sway.

The title track of his new effort Rattlebag starts off the evening and immediately, his timbre rattles the earlobes and send tingles through the body. As the icing on an already intricate cake that was his band, Ottewell’s voice on its own is a tour de force. His solo albums have settled into a fine, mature groove which rest on a solid bed of the graveled tones and shadowy blues strumming.

His first effort Shapes and Shadows also gets a decent look-in through the night and the crowd responds in kind. The biggest reception was saved for the life-moment Gomez tracks, with Love Is Better Than a Warm Trombone getting the early nod. Hamoa Beach expertly matched his voice with a shimmery bluegrass rework.

When worked up, Ben is a study of juxtapositions – his scotch-and-cigar vocals butts up against the soft lyrics and bookish charm, while his work-a-day strumming belies the depth his guitar work can bring. New track Patience and Rosaries fits this mould perfectly as it teeters towards the edges only to be wrestled back into line.

The sublime Blackbird from his debut solo effort, however, highlights what’s not there. Instead of the groove-laden album track which, for mine, anchors the long player, the live stripped back version traces off into whimsical territories. And while the reworking is a curio, it lacks the punch that only drums and bass can really bring to the occasion. And it leaves me wanting more from this gig – I want the tracks as they are on the album. Solo reworkings are interesting beasts and often a rare glimpse into the purity of a song-writer on form. But these often transcendental tunes seem to scream out for the full band treatment… it just doesn’t need to be such a tight fit.