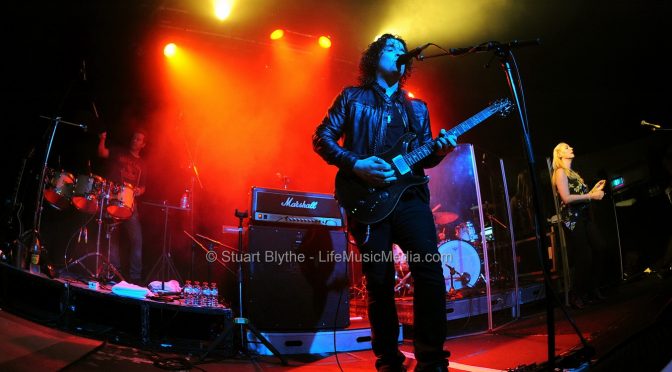 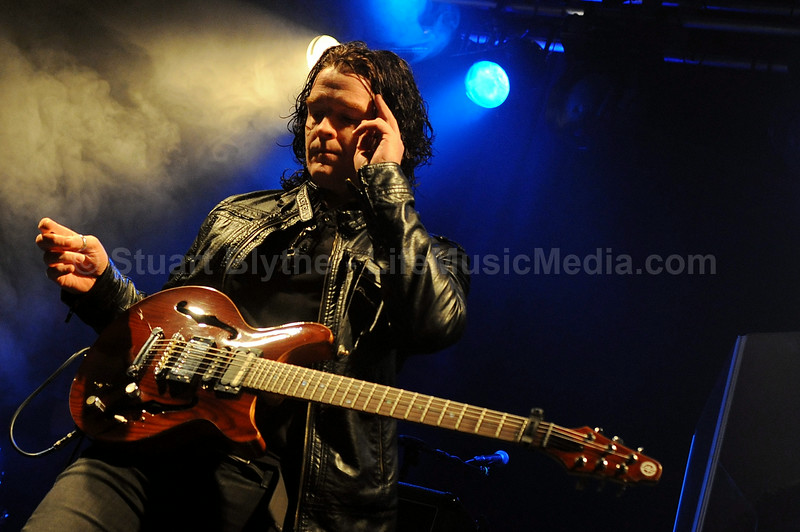 Anathema played their first ever Australian show to a welcoming and receptive audience at the HiFi Bar in Brisbane’s West End on Thursday night. Any doubts about their Australian fan base would have been quickly swept away as the crowd soaked up the power and intensity of their music and joined them in singing along with songs recently released as well as from albums produced many years ago. Yes Anathema, you have many fans here, and we hope you won’t wait so long to visit us again.

Thanks to a beautifully chosen set list, the performance included songs from all incarnations and flavours of Anathema. Despite jet lag from travelling to Australia from the UK, they played for two hours and did two encores, such as the crowd demanded. There are still so many good songs they had no time to play but as a long standing fan of Anathema I felt satisfied in having experienced them live for the first time. Some of my long time favourite Anathema songs like Closer and Deep as well as some more recent loves from their latest album, Distant Satellites.

Being in such a small venue was a real treat in terms of being able to absorb each member of Anathema’s personality, passion and musicianship. They all filled the room with great energy and delivered each song with full commitment and authenticity. Vincent Cavanagh is a great front man with a confidence that is attractive and free from arrogance. His ability to sing so many deeply emotional songs in one night and still remain bright and humorous was refreshing. His voice is in exceptional form with each song sounding as powerful as his recordings.

Daniel Cavanagh moved seamlessly between guitar and piano providing the signature melodies that really capture the spirit of Anathema. With his style and finesse the simplest of melodies sound exceptional and the most complicated melodies… effortless.

Having both a drummer and a percussionist in the band really amplifies the intensity and impact of the beats. Daniel Cardoso and John Douglas worked in perfect unison to drive the band and magnify the energy. Daniel needed an acoustic screen around his kit such was the force of his technique. The audience was clearly impressed with this first visitation from Anathema.

Around me I heard all sorts of expressive sounds, descriptions and gestures akin to worship as people embraced their first ever Anathema live show. Brisbane has a brilliant collection of people that like all sorts of progressive rock and metal genres, who were out in force to let Anathema know that they are most certainly welcome here.

At the end of the night Vincent suggested that they may be back again as early as next year to a resounding cheer of approval. The entire band seemed like they had a great time on stage with Jamie Cavanagh the sublime bassist of the band having established a great rapport with the audience, hanging back for a little bit extra after the final goodbye to express his appreciation for the bond now formed.

Welcome to Australia Anathema! Enjoy the rest of your tour and come back soon. 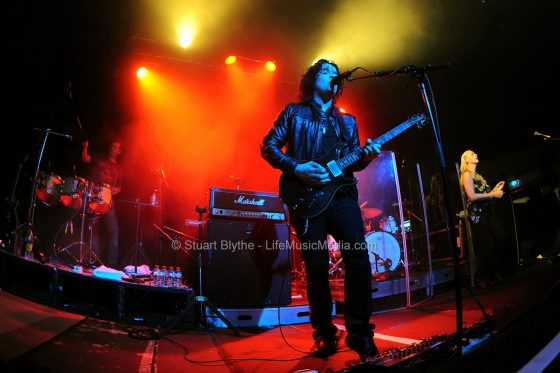