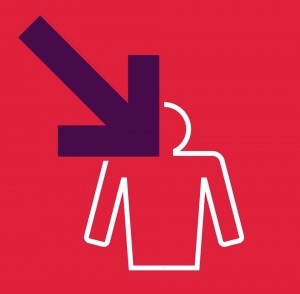 Life Music Media caught up with Luke Liang (Guitar, Keyboards) of Papa Vs Pretty for a quick chat about their new album “White Deer Park”

LMM: Your new album White Deer Park is due for release early next year.  How was the recording process and working with David Trumfio?

Luke: Dave was amazing. He’s really easy to get along with, he’s obviously brilliant (check out Wilco and My Morning Jacket!) and he really drove us in the right way. What I mean is that he made us feel at ease personally but pushed us out of our comfort zone musically – that balance really helped us to create something great during the recording process.

LMM: The first single from the album “My Life Is Yours” has been well received. For the uninitiated, how would you describe your sound?

Luke: ‘Oddly nostalgic’. It’s surely a rock album, but there are elements that are very familiar in a way that’s hard to pin down. The intro of one song sounds kind of like a TV show theme, the bridge of another sounds kind of like a ballroom scene from an old film… The piano line in ‘My Life Is Yours’ (for me, at least) sounds like one of those musical exercises you’d play or hear as a child!

LMM: With the latest single “Smother”, you set up a hotline for fans. Can you tell us more about that?

Luke: We first used the hotline idea while we were recording, getting people to call in and leave us voice messages which you can hear throughout the album. This time, we set up a hotline so people can listen to ‘Smother’ the whole way through whenever they want to (and leave us a message at the end, too!). All they have to do is call 1300 552 550.

LMM: How is White Deer Park different to your previous album United In Isolation?

Luke: There’s an obvious difference in sound since the band is now a four-piece with the addition of me (hi, everybody!): there are more layers and harmonies, which can be done live as well. More than that, I think the songs are a lot more cohesive and mature on White Deer Park. It’s funny what a couple of years can do to people.

LMM: You have a few live gigs happening over the next months. Is there anything you would like to say to your fan base ahead of the tour?

Luke: We use a lot of pedals and things on stage – it will sound big! And make sure to get close and sing along; we’re all friends after all.

:: Name a band or artist we should checkout ::
Snarky Puppy

:: Favourite Quote ::
“If you talk much, this will make you deaf to what others say.” – Dhammavadaka

:: Three words to describe the year ahead ::
Thrills; spills; coffee