Along with your headline shows you’re also playing at Golden Plains Festival. What are you most looking forward to about the festival?

I hope to catch both Radio Birdmand and Village People! Any festival that books those two bands (First Aid Kit and us too of course) must be awesome.

Does the band have anything special planned for Golden Plains Festival in particular?

Maybe we should?? Guess we’ll have to get working on that.

Hmm.. The time we played Bonnaroo in the US was cool. They really spent a lot of time and energy on the visual experience of going to the festival. Skygliders dropping blinking lamps and stuff. We had a good show and buffalo springfield did a reunion gig.

The least favourites I try to repress. They often have to do with bad weather, delayed schedule, stress and no food. And idiots.

Does your show format change when playing festivals as opposed to more intimate shows?

Maybe a little bit, in regards to the set list. It depends on the slot on the festival. It takes a bit more to draw people in if you play a big (or small) stage daytime.

Not really. I try to warm up and maybe I’ll have a beer.

What is the most important thing you bring when your on tour?

Passport haha? Myself, so the band can play? If you forget something, it works out somehow anyway.

What does the band have planned for the rest of the year after your Australian tour dates finishes up?

Recording a new album, a spring tour with Mastodon and Clutch in the US, some summer festivals and then the release of the new album and back into the touring cycle.

I hope you will give our new bass player a warm welcome!

I can jive – Jerry Williams

When you get to the intersection where a black cat walked by twenty minutes ago, turn right. 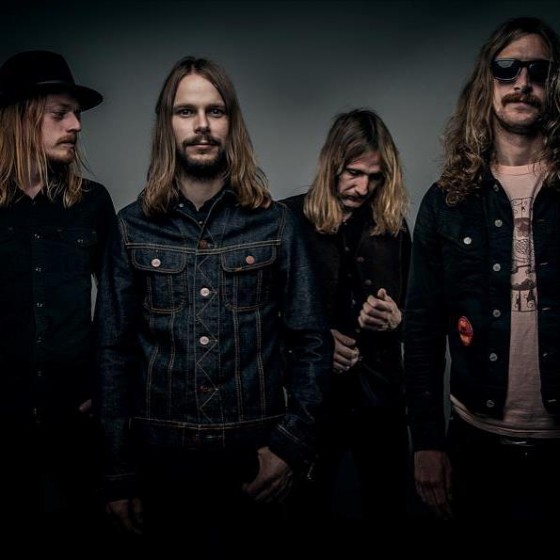