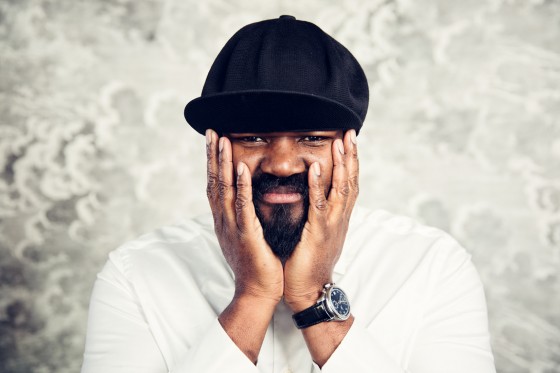 Gregory Porter is coming to Australia with his band this September to perform two very special and intimate shows in support of his critically acclaimed fourth studio album, Take Me To The Alley (May 2016), released on the iconic Blue Note record label.

The Grammy winning jazz, soul, and gospel singer will be performing at The Basement in Sydney on Wednesday 28th September and The Croxton in Melbourne on Friday 30th September.

Take Me To the Alley, the much-anticipated follow-up to Gregory Porter’s sensational 2013 Blue Note debut Liquid Spirit, is the current No.1 album on the Billboard Jazz Album Chart and went No.1 on Apple Music Jazz Album Charts across 6 continents. The opening track ‘Holding On’ is a version of the song Gregory Porter co-wrote and recorded with U.K. electronica act Disclosure, a collaboration which has opened up Porter’s music to a new audience not necessarily familiar with the jazz genre.

Gregory Porter’s powerful voice and extraordinary talent continues to earn him accolades and opportunities across the globe including a slot on the main stage – the Pyramid Stage- at the upcoming Glastonbury Festival on Sunday 26th June. Gregory Porter won a Grammy for Best Jazz Vocal album for Liquid Spirit (2013) which sold a million copies worldwide, and has performed with legendary artists including Van Morrison and Stevie Wonder. Porter recently led a tribute to Prince on the Later…with Jools Holland program in April 2016 and performed ‘What a Wonderful World’ for David Attenborough’s 90th birthday in May 2016.

Gregory Porter’s not to be missed shows in Sydney and Melbourne this September will be the last chance for his Australian fans to see this star on the rise in such an intimate setting.