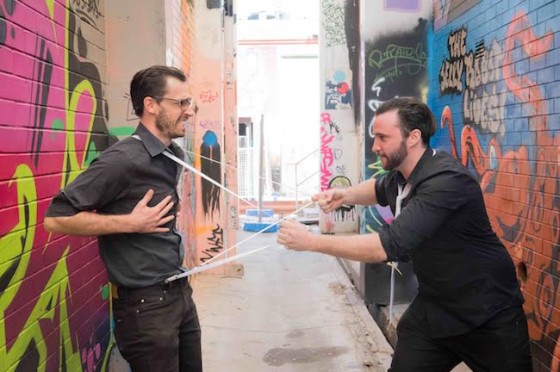 Brisbane based 2-piece Rock outfit Go Van Go have just released their banging new EP ‘Kill City: Renegades’, and have announced their performance at this years Red Deer Festival alongside Art Vs Science and The Jungle Giants (plus many more).

The dynamic duo recently announced that they will be printing a limited run of 150 12-inch vinyl records of ‘Kill City: Switchblade Renegades’ to celebrate the release of their two latest EP’s.

Go Van Go are hitting the road in August to tour ‘Kill City: Renegades’, the follow up of sophomore EP ‘Kill City: Switchblade’.

The lads recently released latest single ‘There Was You’, which premiered via Triple M’s – ‘Homegrown’ program.
https://youtu.be/mAhVRpntq1Y

‘Kill City: Renegades’ is available for download on iTunes.