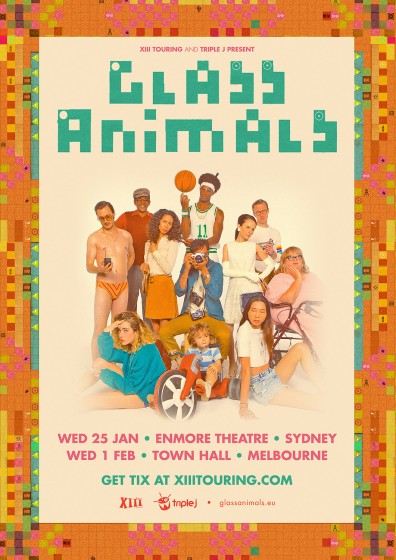 Glass Animals have announced their biggest Australian shows to date starting off in Sydney, at Enmore Theatre on Wednesday 25th January and followed by Melbourne Town Hall, Wednesday 1st February.

Their highly anticipated new album, How To Be A Human Being, a recent triple j Feature Album, released via Caroline Australia/ Wolf Tone on 26 August, charted at #2 on the Billboard Alternative album chart. The album has received critical acclaim and continued support from triple j with singles ‘Life Itself’, ‘Youth’ and most recently new single ‘Season 2 Episode 3’ added to rotation.

Their anomalous rise has gained the Oxford fourpiece a legion of fans all over the world, including festival appearances at the likes of Falls, Coachella, Bonnaroo, Lollapalooza and Glastonbury.