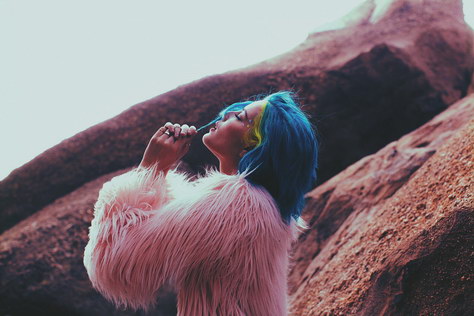 UK duo Disclosure consistently push sonic frontiers and assert themselves as one of the best acts of the decade with their catchy, vocal-led pop style. The release of their debut album Settle in 2013, featuring bangers such as ‘Latch’, ‘You & Me’ and ‘Holding On’, received soaring reviews worldwide. The dream team of Guy and Howard Lawrence will be bringing a whole new slew of ready-made classics to Australian shores again this summer in the form of Caracal, their brand new album, like a slow-mo sprint across the Savannah – unstoppable.

What to do after your first record, made at home in your pyjamas, unexpectedly goes on to sell 100,000 copies in your home country? What to do when instead of moving furniture you’re suddenly flying to Japan to play in front 60,000 people? What did London pop maestro’s Django Django do? They one-upped themselves. Sailing on the seas of worldwide popularity via their incredible self-titled debut (you’ll know their ubiquitous singles ‘Default’ and ‘Waveforms’), these lads went back to the drawing board and have emerged with Born Under Saturn – one of the finest exponents of relentless melodic witchery seen since the heyday of Hot Chip. As festival fit as any working band today, Django Django guarantee synchronicity.

Recently turned 21-year-old American songstress Halsey has taken the world by storm with her provocative grunge pop, exploring and exploiting the tragic and laughable nature of human intimacy. With her debut album ‘Badlands’ (purchase here) freshly released, she has graced the stage at Firefly, Boston Calling, Lollapalooza and Austin City Limits festivals, as well as selling out her own USA headline tour in minutes. She has the undeniable makings of a pop star, with a bitter aftertaste that is so tongue in cheek, she is one of those anomalies who straddle the depths of indie cred, through to mainstream pop hysteria, having drawn the second highest debut in the US for a new female artist in 2015. She makes her way to Australia for the first time this December / January.

What Oh Wonder have achieved in such a short space of time is a testament to their talent and commitment to a straightforward idea. They simply released one song a month for a year on Soundcloud and Spotify which has earned them over 40 million plays and a legion of fans whose anticipation for the next tune hit fever pitch every month. Before long Anthony and Josephine’s brand of gorgeous, soft vocals and heartbreaking emotive qualities were hitting critical mass on a global scale. Out now via Dew Process, their self-titled debut album is a collection of 15 impeccably crafted songs featuring singles ‘Lose It’, ‘Technicolour Beat’ and ‘Drive’. Following their debut sold out shows in London, Paris, LA and NYC, we’re lucky enough to have them for their first Australian shows.